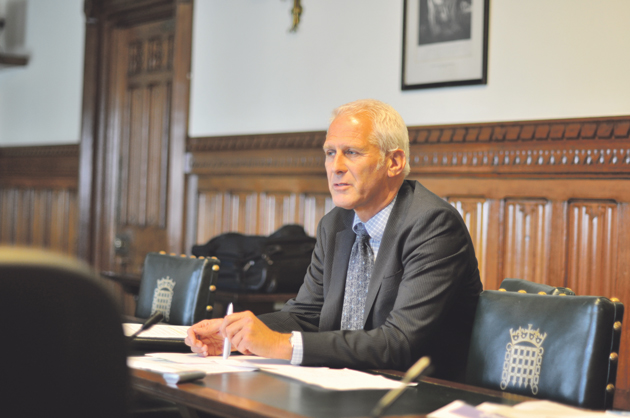 The government has missed the first key deadline from its own timeline for apprenticeship reform implementation over the next five years, following delays to the launch of a consultation on the “public sector target”.

It published a document on December 7, called English Apprenticeships: Our 2020 vision document, setting out a number of imminent dates.

The first was that the government was supposed to consult “on the [apprenticeship] target for the public sector” before the turn of the year.

It explained that “through the Enterprise Bill, we [the government] intend to introduce new statutory targets for public sector bodies to employ their fair share of apprentices to contribute to our goal of achieving 3m apprenticeship starts”.

“The proposal is that the targets will apply to public bodies with 250 or more people working for them in England,” it said in the document.

“In December 2015, we will publish a consultation which will give the rationale behind a minimum target of 2.3 per cent and list the bodies proposed to be in scope.

“Following this and subject to Parliamentary approval, we will put these targets in place in 2016. Public bodies will then be required to report annually on progress.”

However, a Department for Business, Innovation and Skills (BIS) spokesperson admitted to FE Week on Thursday (January 21) that the “consultation has not yet been launched”, although he said “this will change in the next few days”.

The Skills Funding Agency (SFA) and BIS were also unable to comment ahead of publication on how the government was progressing with four other developments the 2020 document set for the first month of this year.

It said that a “National Careers Service digital platform will determine the potential suitability of a young person for apprenticeships, traineeships or the JCP work experience programme” from January.

“Data on apprenticeship wage returns by sector subject area” was also set to be published in the same month.

It added that “an integrated communications campaign to promote apprenticeships, traineeships and work experience opportunities” would also be created in January, and “guidance on funding both frameworks and standards for the 2016/2017 academic year” would be issued at the end of the month.

Shadow Skills Minister Gordon Marsden (pictured above) said: “It is the government that has set itself all these targets.

“Therefore, it doesn’t look good when it starts not being able to meet them. It raises questions over whether they have sufficient [staff] resources to do all these things.”

It comes as members of the Apprenticeship Delivery Board (ADB), which it is thought will be tasked helping ensure that the government doesn’t miss any more reform programme deadlines, were unveiled on Monday (January 18), five months after its creation was first announced.

But an SFA spokesperson told FE Week two days later that it was still “in the process of setting up the first meeting of the full ADB”.

Both BIS and the SFA declined to respond to Mr Marsden’s comments.