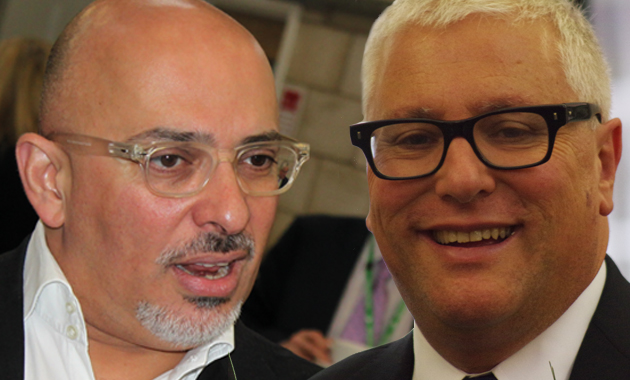 Members of the Apprenticeship Delivery Board (ADB) tasked with advising the government on how it can hit its target of 3m starts by 2020 have finally been unveiled, five months after its creation was first announced.

The Skills Funding Agency (SFA) announced “the creation” of the ADB on July 22, but little had been said since with regards to its membership or whether any meetings had taken place, which prompted FE Week to question the agency repeatedly on these issues since the turn of the year.

The SFA said on January 8 that further information on ADB would be announced in “due course” and was due to respond over whether any meetings have taken place this afternoon.

However, the Department for Business, Innovation and Skills (BIS) said this morning that it would be chaired by the Prime Minister’s apprenticeship advisor Nadhim Zahawi, Conservative MP for Stratford-Upon-Avon, and businessman and apprenticeship champion David Meller (both pictured above), who already chairs the Apprenticeship Ambassador Network.

Other board members will include David Abraham, chief executive of Channel 4, Mike Thompson, head of apprenticeships at Barclays, Andrew Parmley, an alderman for the City of London, and Rami Ranger CBE, chairman of Sun Mark Ltd.

Mr Zahawi said: “I’m proud that we’ve been able to put together such an exciting line up of top business leaders for the ADB.

“I look forward to working closely with them all, raising further awareness of the business benefits of apprenticeships and providing feedback on how to continually improve quality, as well as quantity.

“As ever more great British businesses get involved, and with the inclusion of higher and degree level apprenticeships, we can raise the status of apprenticeships while delivering 3m starts by 2020; a target which provides us with an unmissable opportunity to change lives, boost skills and increase productivity in the UK economy.”

The government also confirmed in July that Richard Harrington MP, Conservative MP for Watford, was the Prime Minister’s official advisor on apprenticeships at the time.

However, a BIS spokesperson told FE Week this morning that Mr Harrington was no longer the official advisor on apprenticeships, as this post is now occupied by Mr Zahawi.

Mr Meller also established the Meller Education Trust, and is joint chair of his family business, the Meller Group, one of the largest luxury home and beauty suppliers in the UK.