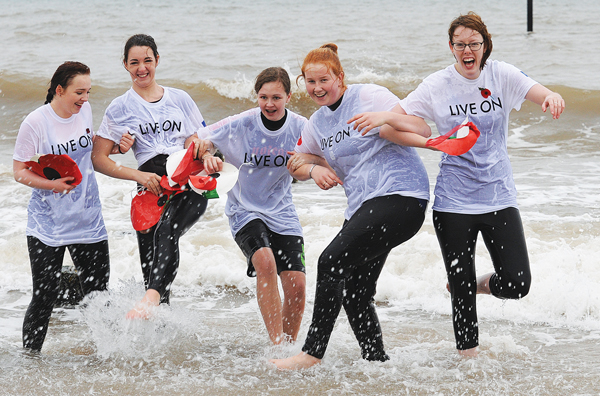 The group of BTec level two and three students jumped into the water at Bridlington north beach wearing British Legion T-shirts as forces veterans looked on.

The learners came up with the idea as part of the ‘enterprise’ element of their course, which requires them to plan and execute an event. The final total raised was £177.

Tutor Julie Marr said: “The learners decided that they wanted to do something different and fun that could potentially raise more funds for the British Legion.

“Obviously, this is highly relevant to the subject matter of the public services courses, which many of our students have chosen because they plan to go into the armed forces.”