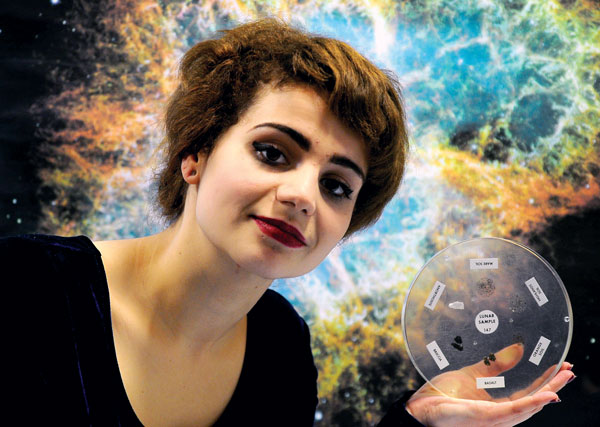 City College Coventry achieved lift-off with their studies after they were loaned rare meteorites and moon rocks to study.

Level three diploma science students were given samples collected in the late 1960s and early 1970s during some of NASA’s first manned space missions to the moon.

The fragments were provided by the UK’s Science and Technology Facilities Council and came enclosed in a clear plastic disc.

Among the samples was volcanic glass beads created by a lunar eruption three and a half billion years ago and found by astronauts on the Apollo 17 mission in 1972.

Science lecturer Lucy Denton said: “All the students relished in the chance to hold and study these samples.

“They learned all about how they were formed, the different types of materials they are made off and speculated on the areas of the moon they came from.”