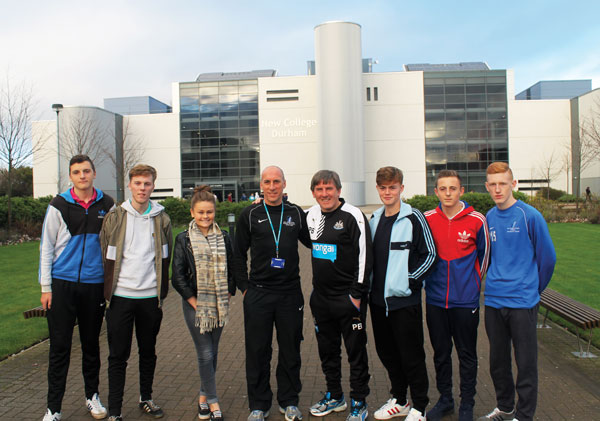 The retired striker told more than 70 sports learners about his experiences playing under management greats such as Bobby Robson and Kevin Keegan.

Among the crowd was second year foundation degree applied sport and exercise science learner Tom Curry, aged 19, who has played for the college for four years.

He said: “As a coach and a student wanting to be a PE teacher, I was really impressed by his talk and that he gave us so much of his time.

“He was really friendly and his stories were great. I will definitely use some of his tips in future.”