When the ugly sisters Hancock and Richard undertook their review, they ruled out ‘evidence’ from awarding organisers and independent learning providers (ILPs) as ‘biased from vested interests’.

The Department for Business, Innovation and Skills (BIS) recently published the results of an independent Process Evaluation of Apprenticeship Trailblazers by the Institute for Employment Studies.

Among their findings were that ‘although the Richard Review recommended root and branch review of apprenticeships, many Trailblazers considered the current model was largely fit for purpose and of good quality.’

Very poor governance of sector skills councils (SSCs) by the UK Commission for Employment and Skills inspired Hancock to establish employer Trailblazer groups. Initially ILPs, SSCs and AOs were banned from these groups.

Common sense eventually prevailed and, as this report repeatedly documents, the involvement of these training professionals enhanced their work — “their (employer members) accounts suggested that bringing in expertise from awarding organisations and training providers had not undermined employer ownership and employers have been able to hold these organisations to account to ensure that what emerged was appropriate for the sector.”

Strange a Conservative minister should recommend such socialist ideals but in pantomime anything can happen, including political slap stick. Has he crossed the floor to replace Shadow Skills Minister Gordon Marsden?

It was one of Boles’ predecessors, Norman Fowler who first brought the ILP sector into work-based learning (WBL) when seeking delivery partners for his Youth Training Scheme in the 1980s.

The skillsets required to manage and deliver these two models are very different and cannot be acquired instantly.

Which FE principal or governor would embark on Trailblazers that have no schemes of work, end assessments and funding agreed and no track record of success?

Unintended consequences of end-testing Trailblazers will see providers teach to the test and not produce a competent all-round apprentice.

NVQs were introduced because employers complained one-off end tests did not demonstrate workplace competence. What goes around comes around — especially in panto land.

Our pantomime next act was Fairy Godmother Osborne producing £27bn out of his hat to ‘save’ FE. Aren’t his audience smart enough to realise this old trick of promising low and then over delivering? Oh yes they are! Oh no they’re not!

The creation of the Institute of Apprenticeships is welcomed. Every pantomime needs a chorus line to dance to the minister’s tune. Its membership must include professionals from ILPs, AOs and SSCs, otherwise the mistakes mentioned in earlier paragraphs will be perpetuated.

The finale of the apprenticeship pantomime is the levy with the vision of millions of pounds floating from the skies like confetti to enable one and all to become an apprentice. Ninety nine per cent of companies being exempt from the levy disappears when the hundreds of thousands of self-employed sole traders registered as limited companies are deducted. In reality any organisation employing 140 or more staff will have to pay.

The levy will change apprenticeships for ever and should be welcomed. Levy avoidance or evasion schemes will be touted about.

There will be an increase in self-employment, agency staff and bosses taking lower wages and higher dividends to avoid levy payments.

Providers will have to sell apprenticeships to finance directors instead of HR departments. BIS and Ofsted will see substantial reductions in completion success rates as unwilling employees are conscripted by their company to undertake apprenticeships to recoup the levy.

How wise for this government to set apprenticeship starts as its 3m target and not completions.

When the pantomime season is over, let’s hope the apprenticeship soap opera doesn’t revert to a tragedy or, more likely, a farce. Merry Christmas and a happy new year everyone. 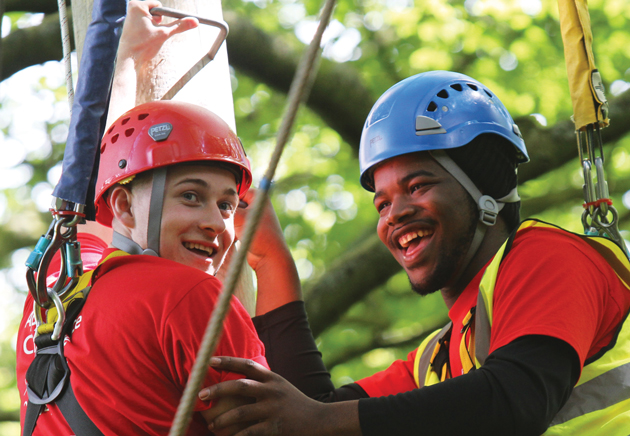