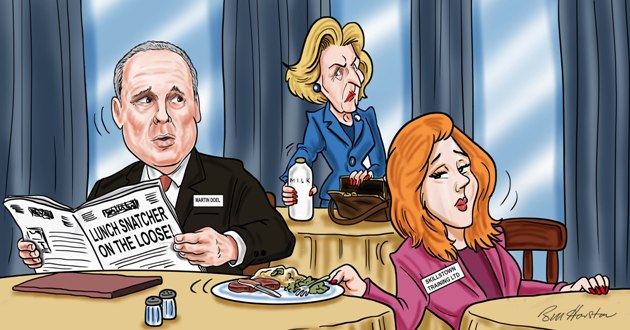 Skills Minister Nick Boles has been urged to stay out of apprenticeship delivery business after telling college principals that independent learning providers (ILPs) were “nicking” their lunch.

Association of Employment and Learning Providers chief executive Stewart Segal hit back at Mr Boles who told Association of Colleges (AoC) conference delegates that ILPs were better than colleges at securing apprenticeship funding.

Mr Boles, during a keynote speech at the ICC Birmingham on Tuesday (November 17), challenged colleges to go from delivering a third of all apprenticeships to two-thirds and told principals: “As your friend, I have to ask you this, why on earth are you letting these guys [ILPs] nick your lunch?”

Mr Segal was unhappy with the Minister’s comments and told FE Week: “I don’t think it is a question of anybody nicking anybody’s work.

“The market will decide and employers and learners will choose the best provider for them and the one that can deliver their best programme.”

“I don’t think the minister should get involved in which percentage of what figure is delivered by which type of provider,” he added.

It comes after FE Week revealed low levels of college take-up on apprenticeship delivery at many colleges.

Skills Funding Agency figures obtained under the Freedom of Information Act showed that colleges, on average, have 27 per cent of their 2015/16 Adult Skills Budget allocated to apprenticeships, compared with 60 per cent at other providers.

But the college figure varies significantly across the country, with London colleges averaging just 12 per cent, as reported in FE Week on November 13.

Mr Boles added that even if the government hit its 3m apprenticeship starts target by 2020 “we will still have fewer apprentices per 1,000 of population than almost any of our European competitors and if it works for them and makes them productive I don’t think we should shrink from it”.