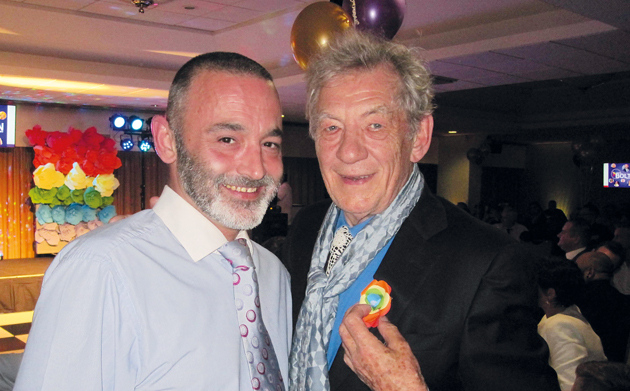 The efforts of a Bolton College staff member to raise awareness of lesbian, gay, bisexual, and transgender (LGBT) issues have been recognised by veteran actor and activist Sir Ian McKellen.

Learning and development mentor Nick Buckley was presented with the Most Inspirational Person of 2015 award by the Hollywood star during an anti-homophobia event held in Bolton last month.

He has also set up an LGBT-awareness group based at his college, which will be touring local schools and targeting year 9, 10 and 11 pupils.

Mr Buckley said: “I was absolutely thrilled to receive the award, and it was an honour to meet Sir Ian — he’s a legend.”

As well as the awards dinner, the town-wide event included activities such as a football tournament, sing-a-longs, cabaret and burlesque shows, and a night-time vigil.