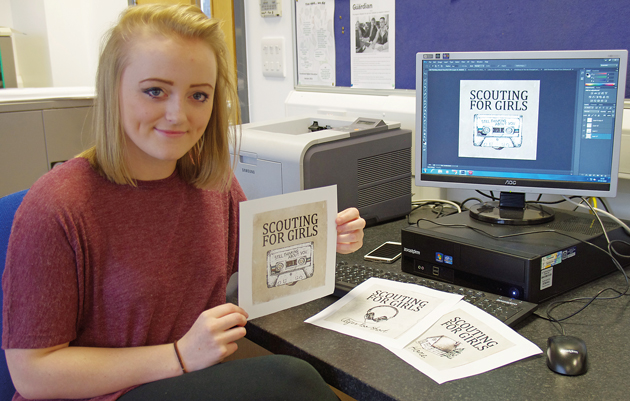 Nicole Beswick’s dedication as a fan to Scouting for Girls has led to her designing the pop rock band’s newest album cover.

At 15 years old Nicole met the group after going to the gigs. “They started to recognise me and would come over for a chat,” she said.

“Lead singer, Roy Stride, knew that I was interested in design and after seeing some of my work he messaged me through Twitter and asked if I’d like to produce the cover for their new album, Still Thinking About You.”

The now 20-year-old social media apprentice at Warrington Collegiate developed her talent for graphic design and illustration as a hobby, but was taught advanced Photoshop during her time as an apprentice.

“Her illustrations are beautiful, she was creative with concepts and ideas and she worked every hour god sent to hit sudden deadlines imposed on her and redesigned the inlay a hundred times without complaint. I couldn’t recommend her more highly.”