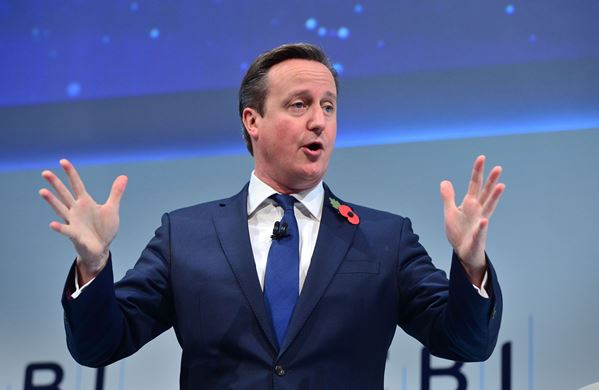 Prime Minister David Cameron today outlined his vision of post-16 education and training as one in which learners are either on an apprenticeship or at university — casting further doubt over the future of two-year classroom-based college courses.

Just days after FE Week revealed Department for Education plans to get 16-year-old vocational learners onto apprenticeships after a year in college, Mr Cameron told an audience at the Confederation of British Industry (CBI) annual conference that he wanted to see “either apprenticeships or universities for almost everybody”.

“We’ve got to build an economy where you don’t go either one way with apprentices or the other way with universities,” he said at the event in London’s Grosvenor House Hotel.

“The apprenticeship system needs to be flexible enough, as it is at the moment, so that many people can go on and do a degree while they are working in one of your businesses. That’s what we want to build.

“At the end of the day though, we want to see fewer and fewer 18-year-olds leaving school without taking either path. If we’re going to compete in a global economy then we need to make sure that our young people are more highly skilled, more highly trained than our competitors. So either apprenticeships or universities for almost everybody.”

Critical reaction to Mr Cameron’s comments was swift, with many taking to Twitter.

Jane Pothecary, a Labour member of Thurrock Council, for instance tweeted that it was “the end of further education and educational opportunity”. It was echoed by Lynne Taylerson, who tweeted: “The end of #FE as we know it????”