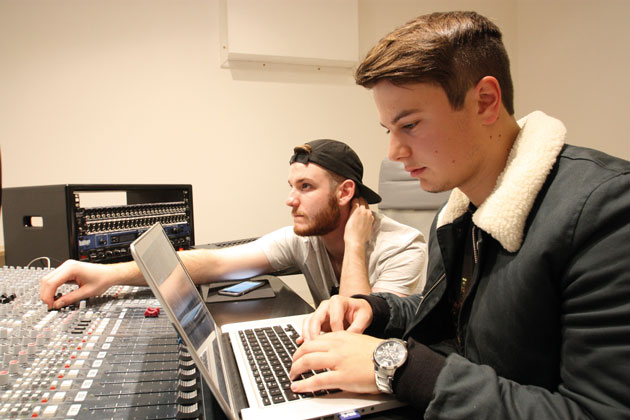 Two Cornwall College Camborne musicians have seen their dreams become reality with the release of their first track.

The song, Higher, was written by Josh Richards and remixed by Cameron Mussel, and was released after the duo secured a record deal with the Electronic Dance Music (EDM) Network.

Josh said: “Music is something I’ve always been interested in and probably the only thing I’ve been good at.

“Even before this deal I was gigging a lot with bands playing pubs and clubs, but I got fed up with other members not turning up and so I wanted something else to do but still associated with music and production was it.”

Cameron added that the pair are “delighted” to secure the record deal which is “a massive start to our careers”.

Main pic: From left: Josh and Cameron working in the studio at Cornwall College Camborne