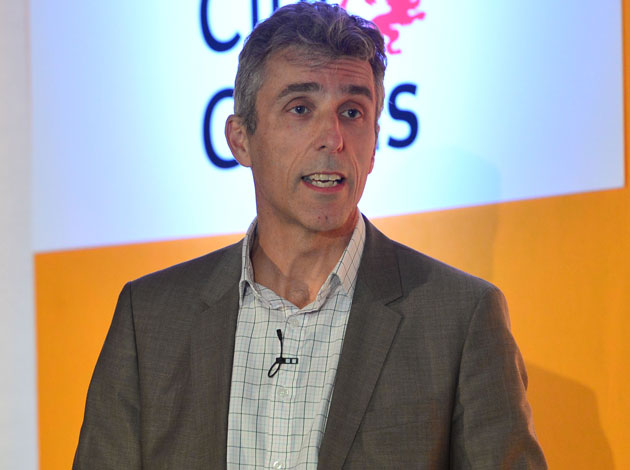 The government’s planned apprenticeship levy has been described as a “massive game changer” by chief executive of the National Institute of Adult Continuing Education (Niace) David Hughes.

Mr Hughes (pictured above) was glowing in his praise for the levy, which was first announced by chancellor George Osborne in July and has come in for fierce criticism from the Confederation of British Industry (CBI), at today’s Association of Employment and Learning Providers (AELP) conference in Coventry.

He said that the charge on large employers would be “massive game changer” that presented a “massive opportunity” to improve vocational training as the government tries to hit its target of creating 3m apprenticeships by 2020.

“We’ve got probably £1.5m coming into the sector [through the levy],” Mr Hughes added.

“What other bit of the public sector is going to get additional funding as a result of the spending review?”

Stewart Segal, AELP chief executive, also told the conference that he was “amazed” that the government had opted for the levy.

He praised Ministers for being “brave enough to take the plunge to say we’re going to charge employers”.

His view was echoed by Martin Dunford, the AELP’s chairman, who said during his speech: “Who would’ve thought we’d have a Conservative majority government and one of the first things they do is introduce the socialist principle of a levy?”

Sarah Hodgetts, senior policy adviser at the Department for Business, Innovation and Skills (BIS), told delegates that the levy should improve the quality of apprenticeships.

She said that putting large employers in charge of how they spend cash generated from the charge “will be one of the big quality drivers, or at least I hope it will be”.

However, Neil Carberry, director of employment and skills at the CBI, said at the conference: “A levy is not what CBI or its members would have done, because it emphasises quantity over quality,” he said.

“But if this is the road we’re on,” he added, it is important the “levy is set at the appropriate level”.

Otherwise, the risk is that “everything you do that’s not an apprenticeship gets stopped,” he said.

The government’s consultation into the levy, which it is understood received 700 responses, closed on October 2, with the government’s response due next month.

Speakers at the conference are pictured below: