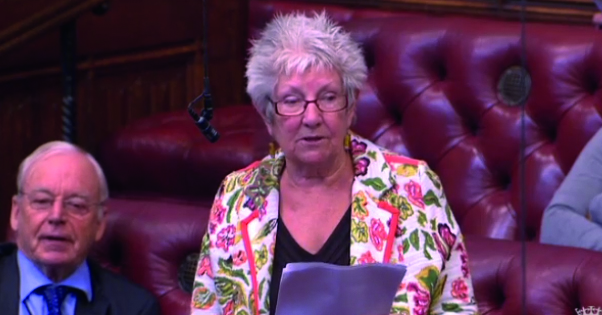 Quality must not be compromised in the government’s drive to create 3m apprenticeships by 2020, members of the House of Lords said in a debate on ‘the availability and quality of apprenticeships’.

The debate was opened by Labour peer Lady Prosser (pictured above), former deputy general secretary of the Transport and General Workers’ Union and ex-president of the Trades Union Congress, with a further 20 peers speaking on the topic, including a rebuttal from Conservative peer the Earl of Coutown.

In her opening speech, Lady Prosser said the government’s plans to create 3m apprenticeships by 2010 “must not be a proposal for never mind the quality — feel the width”, adding that companies should both commit to apprenticeships and work to bring in underrepresented groups of students.

Conservative peer Lord Lingfield, chairman of the Charted Institution for Further Education, supported the view, saying: “To be effective these must be really good quality apprenticeships, many we hope will be at level three, and recognised widely as such by students, teachers parents and employers.”

He added that work must be done to promote the reputation of apprenticeships, to ensure they are seen as a “viable and worthwhile alternative and a sure course towards employment” rather than a “second or third order option”.

Lord Lingfield highlighted the Apprentice Development Centre in Derbyshire, run as a partnership between Toyota and Burton & South Derbyshire College, as an example of a provider that is well recognised for delivering high quality apprenticeships.

Other issues raised in the debate included the gender imbalance between levels of training and job prospects, the need to ensure that apprenticeships are accessible for students with special educational needs, and the role of FE colleges in assisting the delivery of apprenticeships, in light of funding cuts.

The debate, on Thursday (October 1), came three days after Lords held the second reading of the Enterprise Bill, which contains levy proposals and plans for public sector bodies to have apprenticeship targets.

Liberal Democrat Lord Stoneham of Droxford said he was “deeply disappointed” with the bill, adding: “Its appearance suggested that the government has spent the summer wandering around looking for things to put into it.”

He said the problem of encouraging the small business sector to take on new apprentices without “weighing them down with the bureaucracy of government incentive schemes and costs,” had not been addressed, and the government should also be focusing more on tackling the “30,000 annual shortage of engineers going into training”.

Labour’s Baroness Donaghy said that though the commitment on paper was welcome, the apprenticeship levy could turn out to be “a tax on training” that might displace training budgets for existing workers.

She also questioned what the government’s plans were for negotiations with employers and unions on the implementation of the apprenticeship targets.

“If you force the NHS to take on more apprentices, where there is insufficient staffing capacity to provide the right supervision and mentoring, it could be very risky,” she said.

“The types of roles for which apprenticeships exist do not necessarily match up with the job vacancies.

“A health care assistant for example in the NHS, wishing to be a nurse, cannot currently do so through an apprenticeship and would require funding to support their progression.”