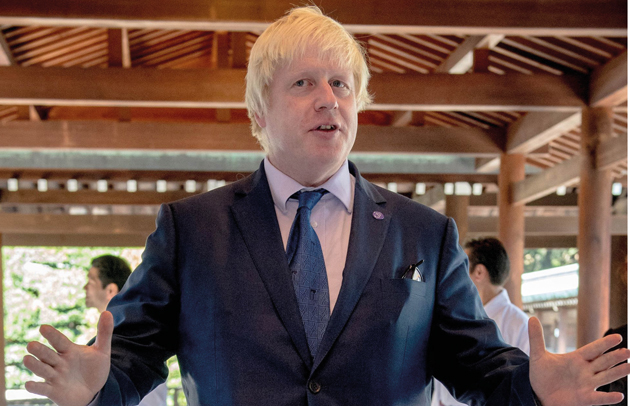 Boris Johnson (pictured) has been given a key role in deciding the future of London’s FE colleges, FE Week can reveal.

The London mayor will, it is understood, lead the capital’s post-16 education area review, which is yet to be officially announced.

A City Hall spokesperson told FE Week that Mr Johnson, who is also the MP for Uxbridge and South Ruislip, had already taken a leading role in preparations for the review.

He said: “The mayor is working with borough leaders, government and the skills sector, using the area review process to help deliver our vision to strengthen post-16 skills and education in London.

“It is vitally important that businesses can access workers with the right knowledge and skills if the capital is to maintain its current strong position as a global hub for business, talent and creativity.”

The government has said the reviews were “designed to achieve a transition towards fewer, larger, more resilient and efficient providers, and more effective collaboration across institution types”.

It announced the second lot of the first round of reviews on September 25, involving 21 general FE colleges and 13 sixth forms colleges (SFCs) in the Tees Valley, Sussex Coast and Solent regions.

Twenty two general FE colleges and 16 SFCs were announced in the first round of reviews for Birmingham and Solihull, Greater Manchester and the Sheffield City region, announced on September 8.

College governors’ board chairs, joined by either their chief executives or principals, and officials from local authorities take part in each steering group.

It is understood Mr Johnson will be working with London Borough leaders in his role. There will be little opportunity for delay, with his term of office set to end in May.

The government has said that more area reviews would be announced “shortly”.

However, a BIS spokesperson declined to comment on when the London area review would be announced, or how many general FE and SFCs would be involved.