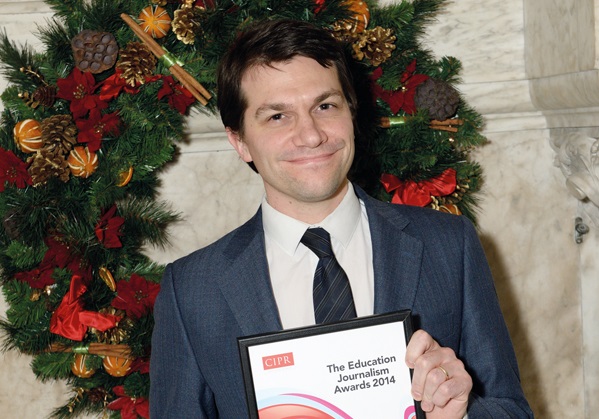 Five Lsect journalists, including three from FE Week, have been shortlisted for eight education journalism awards.

Paul has also been shortlisted in the outstanding apprenticeships and skills journalism category, as has FE Week and Schools Week reporter Freddie Whittaker.

Schools Week reporters Sophie Scott and John Dickens have both received two nods. Sophie has been shortlisted in the outstanding data education commentary category — a new award this year — and John is up for the outstanding national education journalism award.

Both have also been shortlisted for most promising newcomer to education journalism.

“I’m incredibly proud of the team. Once again their hard work has paid off,” said Shane Mann, managing director of Lsect, which publishes the two titles.

“Over the past 12 months, editorial teams from both FE Week and Schools Week have relentlessly and tirelessly worked to bring our readers thought-provoking, challenging and investigative journalism.”

Winners will be announced at the awards ceremony, sponsored by City & Guilds, at Dartmouth House, Mayfair, London, on November 12.