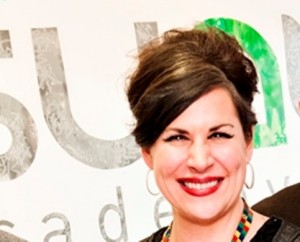 A Midland college principal hit with five votes of no confidence by staff has stepped down.

Beverley Smith has resigned from her position as principal of Stafford College with immediate effect, the college has confirmed.

It follows reports in local media this month that 14 members of staff at the college had been made redundant, after a summer-long review of staffing levels.

A statement from the board of governors said: “Principal Beverley Smith has decided to step down, and has agreed with the governors to pass the leadership of the college onto fresh hands for the next phase of its development.”

The college, which received a grade three (requires improvement) rating at its last Ofsted inspection in October last year, is expected to announce an interim principal on October 20.

Ms Smith, who took over at the college early last year, was the focus of growing unrest and concern among staff at the college, amid allegations that she was operating a regime of “crippling workloads, rising stress levels and a culture of fear”.

Ms Smith received five votes of no confidence from staff and management, including members of UCU, in June, as reported by FE Week.

According to reports in local media, Ms Smith subsequently went on long-term sick leave on July, with deputy principal Donna Brown taking over as acting principal in Ms Smith’s absence.

A spokesperson for the college could not confirm whether Ms Smith returned to the college before resigning on October 9.

College UCU representative Marina Bowler, in a joint statement with Unison representative Mike Steer, said:  “Following this announcement we are keen to continue our work with the leadership team and governors.

“Recent events have demonstrated how much the staff care about this organisation and it has united us all together.”

Mark Winnington, chair of governors at Stafford College, said: “The board would like to thank staff for their continued professionalism over the last few months.

“The college will continue to deliver outstanding education to our students, work with employers and provide a vital service for the local community.”

A spokesperson for Stafford College, which has 6,440 learners, confirmed that there had been 14 redundancies out of around 500 staff at the college. The affected staff, around half of which were teaching staff, had been informed over the summer period, the spokesperson said.

The spokesperson confirmed that Ms Brown would continue as acting principal until an interim principal is appointed.