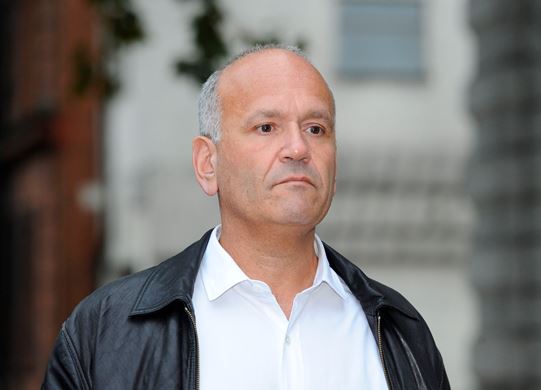 Richard wore a plain white shirt and black trousers and remained impassive throughout his appearance in the dock at Westminster Magistrates’ Court. He faced three counts of sexual activity with a child and one of causing or inciting a child to engage in sexual activity. The alleged offences occurred on January 2 and relate to one victim, aged 13 at the time.

Richard, aged 57 and of Myddelton Square, Islington, spoke briefly in the dock giving his name and date of birth. He gave no indication of plea.

He was described by Lia Yiacoumi, prosecuting, as being of ‘good character’ before senior district judge Howard Riddle granted Richard unconditional bail ahead of his next hearing, at London’s Old Bailey on October 19.

The married father-of-three has denied the allegations. “I absolutely deny the charges against me and will contest this matter in court,” he said in a statement at the time the charges were announced by the Crown Prosecution Service early last month.

Richard’s work continues to impact the FE sector, following the launch of the 2012 Richard Review of Apprenticeships which recommended giving employers control over apprenticeship funding.

The multimillionaire’s previous roles also include working with the government as a member of the Small Business Task Force.