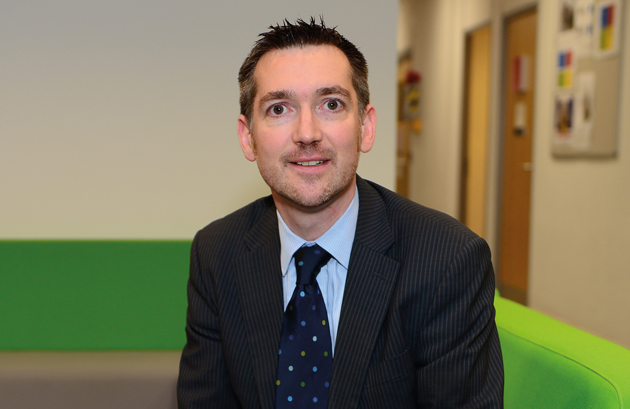 FE Week spoke to Jeremy Benson (pictured above), Ofqual executive director for vocational qualifications, to find out more about the new framework and what it means.

And the reason that’s important is – and one of the reasons why we have a problem with the QCF is because the QCF blurred that accountability. So it prescribed how things should be done. It set some very detailed design rules, everything must be unitised and so on.

But it also required awarding organisations to recognise units awarded by others which made it harder for us to hold them to account for those. So we’re moving to a position where we’re saying to the awarding organisations, right, you go and do good qualifications but you’ve got to be completely accountable for them.

Whereas in the past, with the QCF, they were very detailed, you must do things like this, but now effectively our approach is asking a simple question, which is, are these qualifications any good? And then asking the awarding organisations to show us how they know that they’re good.

That’s really what it boils down to. Obviously there’s a lot of detail on top of that. But it’s a different way of thinking about the way we regulate.

How confident can Ofqual be that the new conditions that you’ve created for the RQF do not become bureaucratic, and that the new framework will not become as restricting as the QCF was?
Of course, we will keep things under review. I’ve got someone in my team whose job it is to look at the burden of regulation and constantly to challenge us to make sure we’re not introducing unnecessary burden.

At the moment I’m pretty confident. The requirements we’re setting are outcome focused, they say what awarding organisations should do. They don’t prescribe in detail how they should try and do them.

What will the move to the RQF mean for a college principal or the managing director of an independent learning provider? How will it affect them, their staff and their organisation?
So in the short-term, it shouldn’t need to affect them very much, because we’re not requiring every qualification to change.

So if people have got good qualifications that they’re working with, and they trust, there’s no reason from our point of view why that should change.

What will happen over time is two things.

Firstly, the way that qualifications are described and explained will become clearer. Our bookcase leaflet helps people to understand something about qualifications.

And then we’ve also got our register, which is a list of all the qualifications, which we’re making more user friendly, and more easily searchable. Part of the role of us as the qualifications regulator is to help people understand and choose qualifications, and to find out information about them, and gradually that will improve.

The other thing that will change over time is that qualification will potentially become more different. Ofqual documentation on the shift to the RQF which, it says, is “like a bookcase in a library, with qualifications indexed by their ‘level’ and ‘size’”. Click on image to view document

But really I would encourage principals and other people in FE almost not to worry as much about the qualifications framework as they have in the past.

How should learners, parents, employers and providers understand the difference between these frameworks?
There will be some people who for some purposes will need to understand different aspects of how the qualifications are regulated, but really people should be focused on the qualifications themselves and what they’re trying to do.

They should be confident that because they’re regulated they will be good. It’s a bit like, I’m driving my car to work, I don’t understand the detail of how the car works, I just understand that I can drive it. It’s a similar thing really. Occasionally I’ll need to open up the bonnet, but really I try to avoid it as I don’t really understand it.

So the answer is that for most learners, parents and employers they shouldn’t need to understand that. They should be confident that it’s happening and it can give them assurance about the qualification.

We’re giving the awarding organisations quite a long transition period to shift the current qualifications with the current titles and the current GLH and so on over to the new world where they will no longer be talking about the QCF.

But it’s useful for administrative purposes, for people who are funding qualifications or people who are planning curricula, or who are planning performance tables, or indeed for employers who want to have an idea of how long their employees are going to be out of work, to have an idea of whether this is a qualification that can be studied typically in 10 hours, or is it going to take 200 hours.

Qualifications that are used as part of apprenticeships and may have been developed jointly with other AOs and Sector Skills Councils (SSCs) — so who will do the Total Qualification Time (TQT) work? Will it be a lead AO or will the group have to reconvene?
This comes back to the first point I made, which is that every AO is accountable and responsible for its own qualifications. So regardless of how a qualification was developed – whether an AO was working with others or with SSCs – if an AO wants to award a qualification it has to be accountable for it, therefore it has to be accountable for the TQT and the Guided-Learning Hour values as well.

Awarding organisations have said that some of the issues with QCF implementation were heightened because of the impact of funding decisions requiring qualification to be on the QCF by a certain date. What work has been done to make sure that these external pressures do not cause issues again?
We’re actually just based down the road from the Skills Funding Agency (SFA), in Coventry. The decisions about how the funding system should work are for them, so we can’t answer for them.
What I can say is that we’ve been spending a lot of time with them talking to colleagues in the SFA to help them to understand what we do, and help them to think through the sorts of things they need to do, both operationally and then at a higher level to make sure they understand what we do, and make sure they think through what they need to as funder.

I think there’s still some more work for them to do, and there’s some more things that they need to consider once our changes have gone through in terms of what it means for the funding system and how they need to develop in order to achieve their objectives and the government’s objectives.

I think the sort of expectations that we have of a piece of learning that leads to a qualification is, will having that qualification help someone to progress further?

So if you have some learning that helps someone to rebuild their confidence if they’ve had a difficult time for some reason and that gets them to point where they can start moving into more formal learning, that probably doesn’t need to be a qualification. It doesn’t necessarily add any particular value in having a certificate.

On the other hand if you’ve got learning that leads to a very specific set of skills that helps someone to get a job, then often there will be real value in that being a qualification, because they can then go to an employer and prove they’ve got particular skills.

But as I say, providing that an awarding organisation can be reasonably confident that there’s a reason for a particular qualification and they can assess it well, it’s not for us to judge whether something should be a qualification.

Now there’s various different ways of achieving that and making sure the assessments are quality assured and well-designed.

We have said that we will be happy to regulate the end-point assessments as qualifications if that’s what the Trailblazers want us to do. There are other alternatives available and we are obviously going to be interested to see what decisions government makes over the next few weeks and months in terms of how the quality assurance regime for the new apprenticeships is going to work.

The Department for Business, Innovation and Skills has again asked the Education and Training Foundation (ETF) to review Functional Skills (FS). Do you welcome this?
Yes we do. We were delighted because we worked well with the ETF on the review that they published earlier this year.

Although we owned the way that the current FS qualifications are described, we don’t own the curriculum decisions that feed into that.

Click here for an expert piece on the new RQF by Gemma Gathercole, OCR’s head of policy — FE and funding