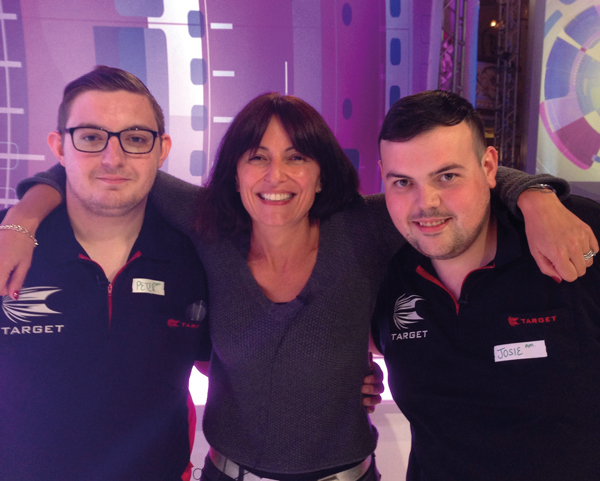 Two Stockport College learners are at the bullseye centre of Sky 1’s new darts-based series One Hundred and Eighty.

They supported rehearsals by acting as competitors, working on the cameras, and aiding the production of the programme.

The opportunity came about after ITV Studios, who produced the series, contacted Stockport College’s darts academy to use their facilities to host auditions for the new game show.

From this, Danny and Curtis, members of the college’s Darts Academy and sports enrichment programme, were offered the chance to assist on set.

Curtis said: “For years I have been watching the match play darts at the winter gardens but never in my wildest dreams did I ever think I’d be up there myself, it’s been such an amazing experience that I will never forget.”

Pic: Danny (left) and Curtis with presenter Davina McCall during production of the One Hundred and Eighty game show