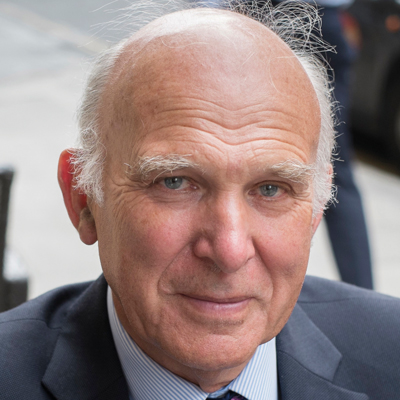 Vince Cable, secretary of state for business, innovation and skills

Many would say the Liberal Democrats were a moderating force on the austerity policies of their Conservative Coalition partners.

Many others still would say that they failed to hold back the tide of cuts that has swept across government spending since the General Election of 2010.

It is a tide against which Dr Vince Cable claims to have struggled on behalf of the FE sector as Business Secretary, and it is one that need not be spelled out to regular FE Week readers.

I don’t pretend that we avoided pain for FE during my time in office, because clearly it has been very difficult, but what I was fighting in government was this assumption that university education was the only thing that mattered

But if the slashing of budgets was one issue he had to contend with, then a lack of appreciation for FE among his civil servants was another.

“I don’t pretend that we avoided pain for FE during my time in office, because clearly it has been very difficult, but what I was fighting in government was this assumption that university education was the only thing that mattered,” he says.

“I was leaning against the wind.”

Speaking in his first interview on his old FE and skills brief since losing his Twickenham seat in May, the 72-year-old adds: “You can’t underestimate the extent to which the Civil Service and the establishment generally doesn’t understand FE, doesn’t care about it.”

Cable had to find huge savings from across the Department for Business, Innovation and Skills after the Coalition was formed in May 2010, and has claimed that civil servants advised him to “effectively kill-off FE” to help fund his party’s pledge to axe university tuition fees.

But it was guidance the Cambridge University-educated Liberal Democrat was never going to follow given his passion for FE, inherited from father Leonard, who was a lecturer in building science at York Tech College.

“You remember the damage that raising university tuition fees [to £9,000 a year] did to the Liberal Democrats politically,” he says.

“The problem is that if we hadn’t done that, a much deeper cut would have been taken out of FE and training. The Treasury’s original plan was that there was going to be a 40 per cent cut in 2010 in FE support.

“As a result of taking some of the really painful things out of student tuition fees, I reduced that significantly, so the FE sector effectively had a 25 per cent cut.”

It is perhaps surprising that father-of-three Cable describes his relationships with most of his Conservative colleagues as “much better than it appeared outside of government”.

“I was always portrayed as difficult, left wing and awkward, certainly in the right-wing press,” he says.

“But actually the working relationships with the Conservatives were mostly very good”.

It was, however, a different story with Michael Gove, Conservative Education Secretary from May 2010 to July last year.

“He was formidably intelligent, but difficult when he had taken up a strong ideological position,” says Cable.

“He had, for example, a very traditional view of reinstating academic education and standards, which is fine, as obviously we want high standards, but he didn’t have much interest in people who may not be very academically inclined.

“I tried to push the more vocational side.”

He adds: “Gove cut post-16 FE very deeply, where it was funded by the Department for Education, because his commitment was to maintain the schools’ budget.

“He also pushed very hard to make post-16 English and maths study compulsory [for learners who fail to secure at least C grades at GCSE]”.

And Cable recalls having to push “very hard” to retain Functional Skills as an alternative to resitting maths and English GCSEs from 2013/14.

“If it had just been left to Gove, I don’t think that there would have been that option,” he says.

“You would have just had to do GCSEs and if you failed you would do it again.”

“Nick Boles [current Skills Minister] was softer and Nicky Morgan [current Education Secretary] were more open-minded. This debate was going on throughout the Coalition.”

Cable says he considered trying to improve the general perception of FE, particularly apprenticeships, both within government and among the general public as a “key priority”.

He says that John Hayes, Conservative Skills Minister from May 2010 to September 2012, was an ally who played a key role in helping to achieve this.

“He was very committed to the FE agenda and I found him very supportive,” he says. “We had a good working relationship.”

“The real growth area now is level three, four and five, which is what is needed,” says Cable.

A significant legacy of the tight spending restrictions following the 2010 spending review, says Cable, was the introduction from March 2013 of FE loans for learners aged 24 or above and studying a course at level three or higher.

“It was something that we had to take on board as part of the funding deal with the Treasury,” says Cable.

“Their view was that we should have FE loans for everything, including level two provision for younger students.”

However, he says that he “thought it was completely inappropriate for younger people on lower level courses”, so “comprised” on introducing them for level three and above courses for 24+ learners.

Cable exclusively told FE Week in December 2013 that the government was “dropping” loans for apprenticeships, after just 404 applications were received in seven months.

He says now that the policy was “a mistake. We saw that the evidence was pretty damning and had to back off. I don’t mind admitting when something goes wrong”.

The question of how growing numbers of apprenticeships should be funded in an age of public spending austerity plagued Cable while in government.

“The idea of using a tax relief system [PAYE] obviously came up through the Richard Review [published in November 2012] and I thought that we should explore it,” he recalls.

Cable initially thought that the “concept was fine”, but he and Boles were persuaded to drop the idea because of “vociferous opposition” from small businesses that feared it would be too bureaucratic.

He supports plans announced by Chancellor George Osborne in July to launch an apprenticeship levy for large businesses.

“Some of the big companies do a lot of training but some of them don’t,” says Cable. “In order to prevent the free riders picking up skilled labour at the expense of the others, it’s important that everyone pays the levy.”

Cable admits that he was “disappointed” with the slow take-up on traineeships, after there were just 3,300 starts in the six months following the scheme’s launch in August 2013.

“The idea was to provide a route into apprenticeships and I was frankly a bit disappointed with the very low numbers,” he says.

“I never quite got to the bottom of why the sector wasn’t able to do more in terms of taking on learners. I never quite understood why it was so difficult to offer them.”

Cable is still optimistic about the long-term prospects for “enterprising” FE colleges, despite concern about the 24 per cent cut for the non-apprenticeship part of the adults skills budget for 2015/16 which he said “could have been a lot worse”.

“What was very striking [between 2010 and 2015] was that there was a big disparity between the colleges,” he says.

“Some of them were cutting back very substantially and some were actually expanding.”

He adds: “A fair amount of that was due to their ability to mobilise the extra apprenticeship money made available.

“I always hoped that the sector would offset  some of the cuts through taking on additional apprentices, doing more higher education in FE, and gaining funding through the extra English and maths provision.

“The basic lesson is that the future is difficult but it doesn’t have to be a disaster and really enterprising colleges will do well.”