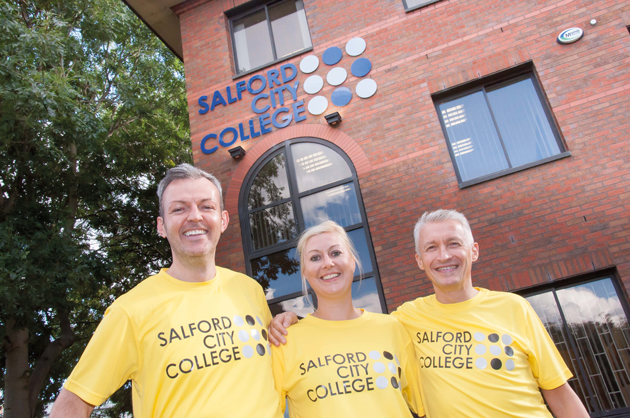 Salford City College staff sprinted to the finish line of the Decathlon City of Salford 10K as they celebrated raising £650 for St Ann’s Hospice.

The team of 24, which included teachers, support staff and governors, was joined by principal John Spindler who was runner number ‘99’, to represent the 99 per cent pass rate achieved by A-level students this year.

He said: “Quite unbelievably, my finishing position for the race was 999th. I had even said before I ran that I’d be happy to be in the top one thousand runners, so I’ve achieved my target.”

He added: “It was fantastic to have so many staff members taking part in the event, not only as runners but also as race marshals and goodie bag packers. It was a great way to bring all the staff together to raise money for our college charity of the year, St Ann’s Hospice.”