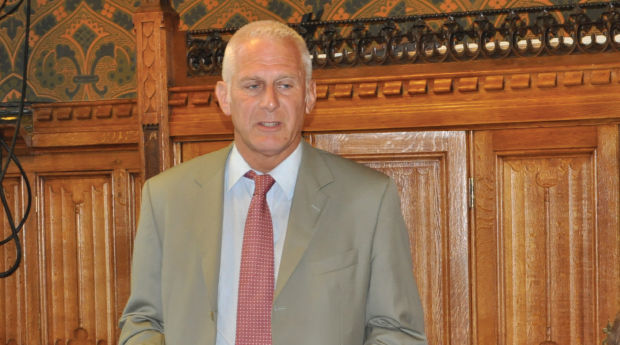 Newly-appointed Shadow Skills Minister Gordon Marsden has told how FE’s “funding crisis” was among the first issues he will look at having been returned to the sector by new Labour leader Jeremy Corbyn.

Mr Marsden, who previously served as Shadow Skills Minister under Ed Miliband for three years, also said he wanted to tackle “the continuing lack of comprehensive joined up thinking across the Department for Education (DfE) and Department for Business, Innovation and Skills (BIS)”.

“I am very pleased to be returning to cover skills issues as a Shadow Minister at a critical time for FE,” he told FE Week in his first media interview since his reappointment.

“I am looking forward to having in-depth conversations across the sector about people’s concerns on how government ministers are handling the funding crisis and about the continuing lack of comprehensive joined up thinking across DfE and BIS.

“Instead of an obsession with micromanagement of process FE and Skills needs to see focus on progression and a strategy to inspire and energise both teenage and older learners and those in training right across the sector.”

Mr Marsden, who was the subject of an FE Week profile article in March 2013, was previously Shadow Skills Minister from May 2010 until October 2013, when he was succeeded by Liam Byrne, MP for Birmingham Hodge Hill, who stepped down last week.

Born in 1953, Mr Marsden grew up near Stockport in Cheshire, and attended Stockport Grammar School before heading to New College, Oxford to study Modern History.

He then went on to postgraduate studies at Harvard University in the US, as a Kennedy Scholar in politics and international relations. He edited History Today magazine for 12 years and was an Open University tutor before being elected MP for Blackpool South in 1997.

During the Labour government Mr Marsden served as Parliamentary Private Secretary to a number of different Secretaries of State, including Tessa Jowell, then Secretary of State for Culture, Media and Sport.

Prior to his reappointment as Shadow Skills Minister, Mr Marsden had been Shadow Transport Minister from October 2013 to September 2015.