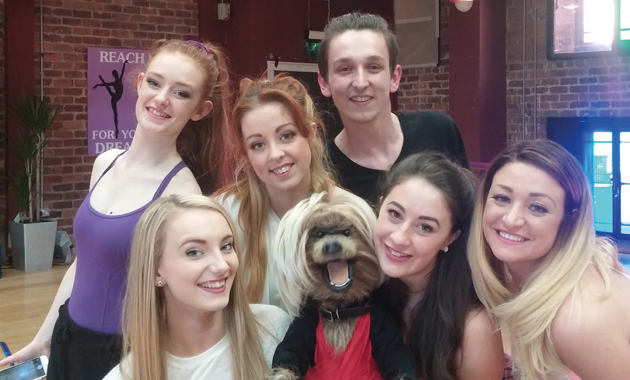 A group of West Cheshire College dance students made it onto the small screen over the summer when they appeared on new prime time children’s TV show Hacker Time.

They included 27-year-old Jamie Lee-Evans, who has just completed her HND in performing arts and is planning to go back to West Cheshire College to teach dance this month.

She said: “The show was a fantastic experience. Dancing in front of the lights and cameras was amazing, I was really proud to be part of it. As the show is aimed at children, it was really fun and light- hearted.”