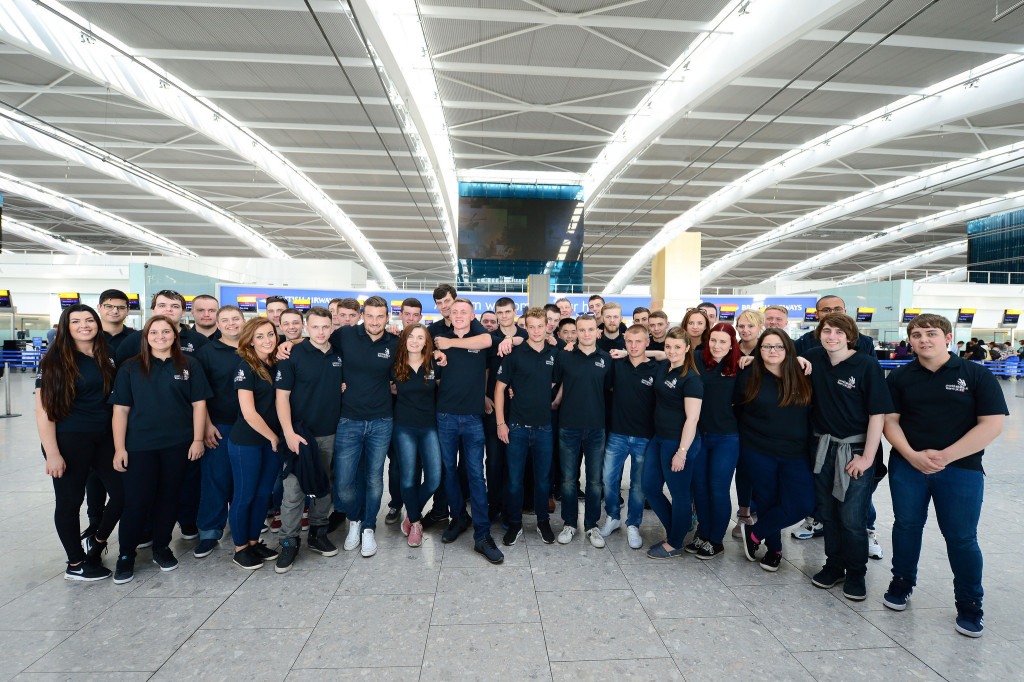 More than 1,000 competitors from across the globe will be the stars of the show at tonight´s WorldSkills 2015 opening ceremony.

The parade of nations, when competitors from more than 60 WorldSkills member countries and regions enter the ceremony arena with their flag-waving teams, will figure early in the programme for the night.

The 10,200-capacity Ibirapuera Gymnasium, four miles from the vast competition venue of Anhembi Park, from 7pm hosts the two and a half-hour ceremony that will get competition under way.

And Team UK´s 40 young competitors (pictured above at Heathrow before leaving on Friday, August 7) will play their part having visited a local primary school as part of the competition´s One School One Country initiative.

WorldSkills president Simon Bartley said: “The opening ceremony celebrates more than 1,200 competitors, more than 1,100 experts, thousands of member representatives from over 60 countries and regions participating this week, hundreds of partners, sponsors, and volunteers.

“We will have a spectacular look at the culture and beauty of Brazil, and we only have to turn to the person next to us to recognize the effort and achievement that brings us together.

“Surely, tonight is a time to laugh and sing, and perhaps even dance to some Samba. Tomorrow brings a lot of hard work for all of us.”