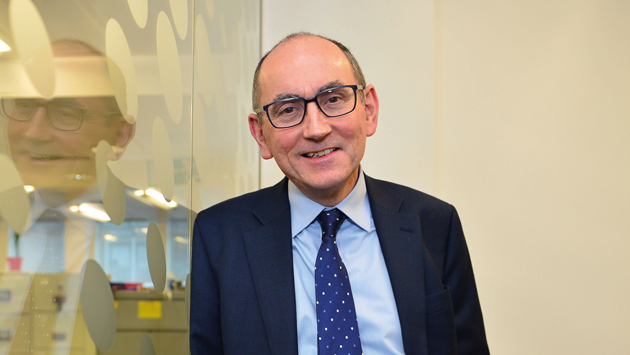 FE providers face a further cut of almost four per cent to their non-apprenticeship funding in 2015/16, the Skills Funding Agency (SFA) has confirmed.

In a letter to the sector, SFA chief executive Peter Lauener has announced the 3.9 per cent cut to adult skills budget (ASB) and discretionary learner support allocations, which is being made in response to £450m of in-year savings required of the Department for Business, Innovation and Skills (BIS).

Additionally, the SFA will attempt to save money by withdrawing all funding for mandated English for speakers of other languages (Esol) provision for the 2015/16 funding year.

In his letter, Mr Lauener explained that the 3.9 per cent cut would be made across the board to non-apprenticeship allocations received by providers in March, which were already subjected to cuts of up to 24 per cent.

“Since I wrote that letter, a new government has been elected and, on July 8, they set out their summer budget. This included details of the proposed savings within the 2015 to 2016 financial year across all government departments, including BIS.

“Naturally, as part of BIS, the Skills Funding Agency (SFA) has to contribute to the savings required.”

He said BIS and the SFA had spent weeks assessing options to “make savings in such a way as to minimise their impact on the FE sector”.

He added: “Ministers have now agreed the options, which include savings from both nonparticipation and participation budgets.

However no timescales have been given for when the delayed growth requests will be reviewed, other than it will follow the confirmation of the new reduced ASB allocations.

The letter goes on to extend the deadline for colleges to submit their financial plans from July 31 to September 30, in light of “unique circumstances”.

Mr Lauener said: “Colleges only need to submit updated plans where they consider that there is a material impact on their financial position that is not reflected adequately in the submission made in July.”

Julian Gravatt, assistant chief executive of the Association of Colleges (AoC), said the further cut would have a “devastating impact” on the work colleges do in educating and training adults.

He added: “Without this funding, adult education will be decimated meaning an end to vital courses which provide skilled employees for the workforce.

“Not only are these substantial funding cuts but colleges have only had two weeks’ notice that they will take place. Like universities and schools with sixth forms, colleges have a recruitment cycle for full-time students, which runs for at least six months before courses start.

“Good decision-making about education options and future careers takes time and involves legally binding offers. Last minute decisions by the government, like this one, put this at risk.”

David Hughes, chief executive of the National Institute of Adult Continuing Education, said: “The 3.9 per cent cut comes after multi-year cuts which have greatly reduced chances for people to learn.

“The cuts are also the first of potentially three to FE colleges, with 16-19 and higher education still unclear. These further cuts come on the same day as the NAO report which set out the very real financial challenges colleges are facing, and of course this only increases the pressure.

“The further cut to the ASB, in the form of £45m taken out of Esol funding is extremely disappointing, given that it will hit people who are working hard to gain the language skills they need to participate in work and in our society.

“It seems ironic, that this budget was to support unemployed people, a major priority for this government.”

Stewart Segal, the chief executive of the Association of Employment and Learning Providers, said: “Clearly it is positive that the SFA will be funding all delivery and growth cases for apprenticeships in 2014-15.

“However this unnecessary delay has caused a lot of issues for employers, learners and providers and will take some time to resolve.

“The reduction in the non-apprenticeship ASB budget is another short term decision that will create further problems for providers who have to cope with yet another in-year decision.”