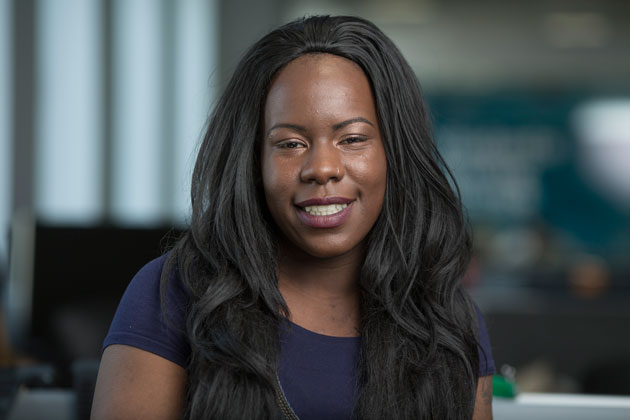 They were objecting to a vote taken by governors on Tuesday (July 14) to sell-off the campus and a separate proposal by Southwark Council, published this month, to take over the parts of the buildings that formed Southwark College before it merged with Lewisham in 2012.

The group of around 12 protestors, including students, local residents and union activists, entered the Camberwell campus at around 10pm last night.

They stayed overnight before police moved them on at around 9.30am, as they were judged to be posing a disruption to a class for trainee security guards.

However, a number of activists continued their protest until after lunchtime outside the campus, which mainly offers English for Speakers of Other Languages (Esol) provision.

Ms Martin, who was involved in the protest outside her role as NUS vice president, warned closing the campus would restrict options for the Southwark community, ahead of a public meeting held by the protestors at the Camberwell campus this evening.

She said: “On a personal level, this college is my home, it’s the place that got me to where I am today as well as being in my job remit.

“The majority of the learners are black women and international students who often need the ESOL courses to help them with their language and the closure of the site would mean that the course would not be as accessible to as many people.

“Many would have to travel outside their borough, which will be difficult as many of them have childcare responsibilities.”

Following two inadequate Ofsted gradings in a row, a visit from the FE commissioner and ongoing area review of provision in south London, Southwark Council published plans to take back control of the Southwark portion of the college’s provision.

The proposal, which has been submitted to the commission, suggests closing the college’s Camberwell and Waterloo sites, and reopening with subcontracted provision from September 2016.

However, protestors say the council failed to consult with anyone but local employers while drawing up their plans.

Ms Martin said: “The focus in the proposal is on apprenticeships — how would the learners who currently use the college in Southwark be able to do an apprenticeship if they don’t even know how to fill out the form because they can’t read or write?

“They’re taking away what is needed within the community and replacing it with an alternative that is not the first point of education for many of these learners. It’s impacting some of the most marginalised people in society.”

She called for learners and residents to be consulted on any plans for a sell off or split, and for the governors to retract their decision to sell.

A Metropolitan Police spokesperson confirmed police were called to the site just after midnight and 8am.

He said that no arrests had been made, but enquiries were ongoing.

A Lewisham Southwark College spokesperson said: “Protesters exited peacefully although there was damage to college property.”

She added security at the college had been increased.

College principal Carole Kitching said: “It is highly regrettable that a small group of individuals unconnected to the College chose to illegally occupy our campus overnight causing disruption to staff and students as they arrived for classes on Monday morning.”

Protesters denied they were aware the college would be in use this morning.

Ms Martin said: “I’m not deterred by the fact the occupation ended so quickly — to occupy a college is something phenomenal and we knew going in it would be really hard to maintain it, but the fact that we started that conversation and that’s developing is a real encouragement to me.

“Now it’s just about how we move forward to bring the community in and get them to understand how this can directly affect them.”