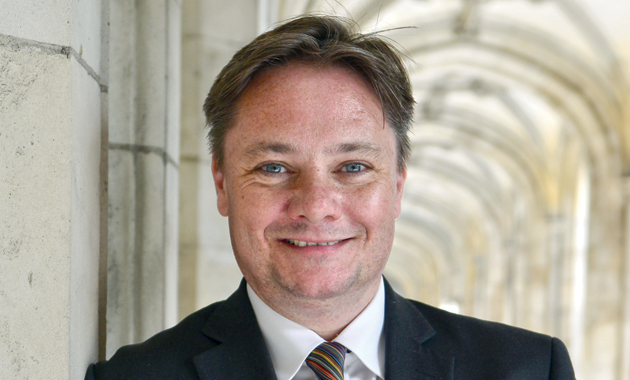 The government’s Productivity Plan will be the first focus of the new business, innovation and skills (BIS) select committee, its chair Iain Wright has confirmed.

The recently-elected committee has launched an inquiry into the plan, which was released earlier this month and set out plans for an apprenticeship levy, per-learner funding for adult learning, new institutes of technology to replace some FE colleges and further devolution.

Mr Wright (pictured), the Labour MP for Hartlepool who beat former chair Adrian Bailey MP and Roberta Blackman-Woods MP to the chair earlier this month, said the committee wanted to play a “constructive role” in assessing the plan.

He said: “Productivity is the pressing economic challenge of this Parliament and tackling the productivity gap is crucial to the UK’s economic competitiveness and to improving workers’ living standards.

“As a committee we will keep a determined focus on scrutinising investment, regulation, innovation and skills policies designed to boost productivity.

“Launching this inquiry marks the start of the committee playing a constructive role in assessing the government’s productivity plan and ensuring it delivers meaningful results for the UK economy.”

The committee has asked for written submissions by Thursday, September 10, and has issued a number of questions for respondents to consider.

Thirdly, it says “the second pillar of the government’s plan is to encourage a “dynamic economy”. It outlines seven areas with specific measures to increase productivity” and then asks what are the main weaknesses of our economy, in terms of dynamism, which are suppressing our productivity? It also ask whether the measures introduced under in the plan address those weaknesses and are they appropriate?

Finally, it asks whether, overall, the plan adequately addresses the main causes of low productivity in the UK (as discussed in question 1) and will it have the desired results?

Click here to take part, here to visit the committee’s webpage, here for its Twitter account, and keep updated on its inquiry using the #ProductivityPlan hashtag.

You can read an extensive FE Week Q&A with Mr Wright here.