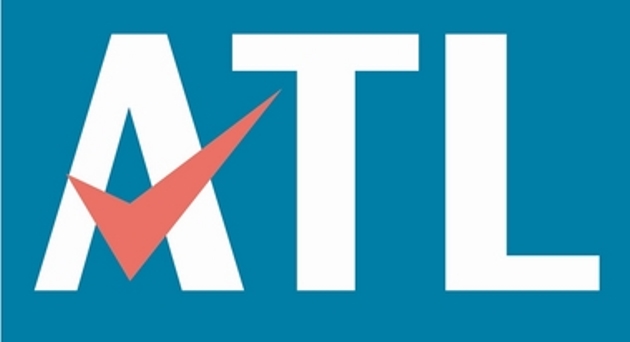 These were questions fuelling debate at the Association of Teachers and Lecturers (ATL) FE conference, entitled Vocationalism is Professionalism, on Friday in Paddington, West London.

The thorny issue of a professional membership body for FE practitioners was broached by Education and Training Foundation (ETF) director for strategy, quality and research Tim Weiss, and Institute of Education professor Frank Coffield.

Mr Weiss gave delegates an update on the development of the Society for Education and Training (Set), the new membership body being set up by the ETF after it inherited the legacy and assets of the previous sector membership body, the Institute for Learning, which was disbanded in November.

“We have a very busy rest of the year as we start to roll out more and more benefits that are going to be available to members,” said Mr Weiss.

“In the autumn we’re going to start organising local network events for members where they’ll have the opportunity to join up with other professionals locally to discuss who they respond to changes in teaching and learning practice and in the teaching landscape.”

The group also inherited responsibility for Qualified Teacher Learning and Skills (QTLS) status from IfL, and Mr Weiss said it would be high on Set’s list of priorities.

“We’re looking at QTLS and making sure we know whether there are ways and places where we can improve that process,” he said.

“Whether that’s about improving the professional formational process or the experience of people taking it, but also looking more closely at the requirements and the content of QTLS as well to see if there are ways that we can improve that as well.”

The organisation was in the process of setting up its governance structures, establishing a practitioner advisory group and membership board, which he said would give members “a strong say” and a “crucial role in terms of designing and implementing strategy”.

However, Professor Coffield claimed the ETF’s membership offering would never be independent of government, and put forward his own proposals for an alternative, member run group.

“I’m a supporter of ETF,” he said. “It supports practitioners in terms of research and development, the model works really well but it is 96 per cent supported by government.

“So it is not independent, it is not democratic, so there is a space for an independent and democratic organisation which we will call Tutors’ Voices.”

The group he said would be “a new association to be run by and for teachers with the knowledge and expertise to stand up both to government and to management” and would be launching from September 27.

At the heart of the group, he said, would be a 10-point “Bill of Rights” for all teaching staff within FE, which included a statutory right for tutors’ representatives to be consulted on national, regional and local policy decisions.

It also called for tutors to have greater control over teaching, learning and assessment, and for all staff in state-funded institutions to be qualified.

“I think for once we should stop being so reactive and so adaptive,” said Professor Coffield. “I think that’s one of the great virtues of the sector, but I think you’re now too adaptive, too responsive and you’re not demanding enough.

“I want you to start making demands, not polite requests, of the system and of the country. We want a say in how our professional lives are run.“

However, Mr Weiss hinted that the ETF might not be entirely opposed to a rival organisation.

He said: “We’re very keen to work with other organisations through the sector. We just want to signpost people, whether it’s our members or other members to where the best quality professional development opportunities lie and where they can get the best information, the best guidance, the best research.

“We want vocationalism in the FE and skills workforce to be synonymous with professionalism and I think with this kind of mission it’s much better that it’s a shared, collective mission than working in isolation.”

Professor Coffield’s colleague at the IOE and director of Learning for London, Professor Ann Hodgson agreed that it was important for lecturers to be able to “cross boundaries” in their work.

She referred to the Commission on Adult Vocational Teaching and Learning report, published in 2013, which identified a need for FE teachers to be “dual professionals” — with professional expertise in teaching but also as a real-world worker in the area they were teaching about.

The third strand, she said, would be a teacher’s ability to work with their FE colleagues different institutions and industry contacts in different sectors.

“Professionals no longer work in isolation but are expected to work in networks,” she said.

“They have to communicate and cooperate with a range of colleagues but also professionals in other sectors who have different languages who work in different patterns and have different values and that means we need to think more expansively about what it means to be a professional.”

This would mean, she said, having a better understanding of the role of the college within its community and the different ways national policy was being translated and implemented in different colleges.

Professor Bill Lucas of the University of Winchester said he was “attracted” by the idea of triple professionalism, but that he was “not convinced we’ve got the dual one right”.

Instead he called for an increased focus on pedagogy. He said: “The simplest way to explain pedagogy is the decisions we as professionals make with our learners about with learning methods are best to teach whatever our desired outcomes are.”

He also hit out at Education Secretary Nicky Morgan for undermining teachers’ professionalism in schools by describing some schools as “coasting”, and warned it would soon reach FE.

“Although it hasn’t got to colleges yet, I absolutely predict it will — anything linguistically that starts in schools tends to make it back to colleges and vice versa.

ATL general secretary Mary Bousted also criticised the government’s handling of the FE sector and raised questions about the introduction of a training levy to be paid by large employers, as announced in the Budget last week.

“We need to be careful about the levy when we don’t know how it’s going to work,” she told delegates.

“If it’s going to be entirely run by employers, there’s a danger they’ll just take the money and run — only offering training to existing members of staff as many of them do with apprenticeships already.”