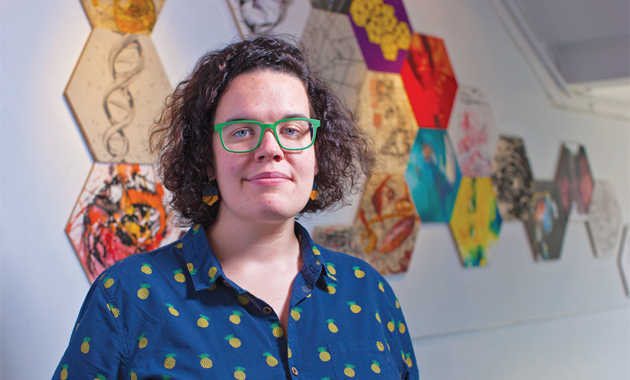 A former FE learner who discovered a passion for science while studying at Priestly College, is playing a leading role in the world’s research in finding a cure for malaria.

Alice Williamson, aged 30, was recently named one of Australia’s most promising young scientists for her work as lead experimental chemist with the Open Source Malaria project.

The project team design new medicines to tackle malaria and rather than writing down their findings in a “secret notebook” they publish it all online — meaning other scientists around the world can learn from their discoveries.

She recently returned to Warrington to visit family and former tutors at Priestley College, where she studied AS-levels in chemistry, biology, physics, drama, design and technology, English literature, citizenship and general studies

Jan Costello, director of science, technology, engineering and maths at Priestley, said: “I’ve enjoyed watching Alice progress and being able to see the difference she is making in worldwide research leaves me bursting with pride.”