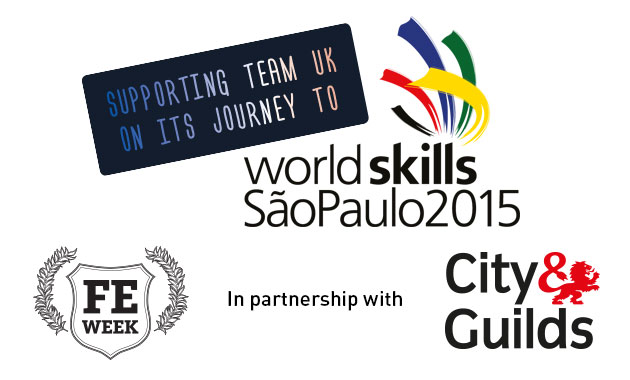 These are the 41 UK youngsters upon whose shoulders the hopes of a nation will rest at WorldSkills 2015 in São Paulo, Brazil, in less than two months.

They were put through a gruelling four days of head-head competitions at a special selection event at Central College Nottingham and Burton and South Derbyshire College on May 18 to 23 and the name of the 34 young men and the seven young women to have been selected for Team UK were announced today.

And the UK is likely to be in a strong position in Brazil because, for the first time in a number of years, at least one competitor in each of the 38 skills the UK was planning to compete in reached a minimum points threshold that would indicate the ability to reach a good international standard.

The UK team is therefore already up on that of WorldSkills Leipzig two years ago, when several skills had no UK entrants because minimum thresholds were not reached during team selection meaning no competitor was sent.

Performance coach Sam Andrews, who supports competitors emotionally and mentally through the training and selection process, said the selection event had been “brilliant”.

“It’s been two years of hard work for them and watching these guys and seeing the emotions they go through, dealing with stress and the pressure  — it’s been an exciting week to be honest,” said Mr Andrews, a BAE engineer and WorldSkills UK alumni.

“The pressures been high but there’s a lot of people here who thrive under pressure. Without a doubt, I’m optimistic about our chances in Brazil. We’ve got some very strong people  — some of the strongest I’ve seen in six years of involvement with WorldSkills.”

And Mr Andrews had some words of advice for those who had not made it through the selection process.

“I’ve been letting them know that this isn’t the end for them,” he said.

“Whether they get through or not they should be very proud of themselves.”

Christine Doubleday, director of education and development for WorldSkills UK organisers Find a Future, agreed in her speech to the competitors.

“All respect to you, whatever happens and I really mean this, you should be so, so proud of yourselves,” she said.

“I feel like it’s been a complete and utter privilege to be part of this.”

Those who were successful were judged not just on the skills they demonstrated, but also on their emotional maturity and ability to cope under pressure.

Mechatronics competitor Robyn Clarke, aged 22, who will be competing jointly with Andy Smith, 21, was at a loss for words when FE Week caught up with her.

Robyn said: “I wasn’t expecting it whatsoever and I’m trying to come to terms with what’s just happened and the fact that I’m going to representing the whole of the UK — it’s surreal.

“It’s been a very challenging week, but it’s also been a very enjoyable week — it was very hard to judge who was going through, I think we all competed well so it made it even more exciting today.”

She said she expected Brazil to be “a new experience in many, many ways”.

“I’ve never been before and I’ve never competed in such a big competition either,” she said.

“I believe we’ll do we’ll do our best, and as long as we perform our best and we’re proud of what we have done then I’ll be happy. Roll on Brazil.”

However, the successful team members can’t afford to rest on their laurels.

“It’s going to be a tough few months before the world final, so I’m not sure how I feel about Brazil yet, I’ve got a lot of training to do yet.

“Now’s not the time to celebrate, I’ll do that after the final.”

Martin Doel, chief executive of the Association of Colleges, said: “Given the level of skills attained by young people in our colleges, it is really no surprise to see so many of them named in Team UK – but that doesn’t make me any less pleased.

“It is a testament to their hard work that they have been chosen to represent their country in an internationally renowned competition. We wish these young people all the best, and will be carefully watching their progress in São Paulo.”

Paul Warner, Association of Employment and Learning Providers director of employment and skills, said: “It’s been a long road for many of these competitors to get to this stage and we congratulate them on making it to São Paulo.

“The FE Week special supplement outlined the challenges facing independent learning providers [ILPs] in getting involved in these skills competitions but the benefits to employers and learners are clear as are the reputational aspects for providers.

“It would be great to see some learners from ILPs getting through to WorldSkills Abu Dhabi 2017.’