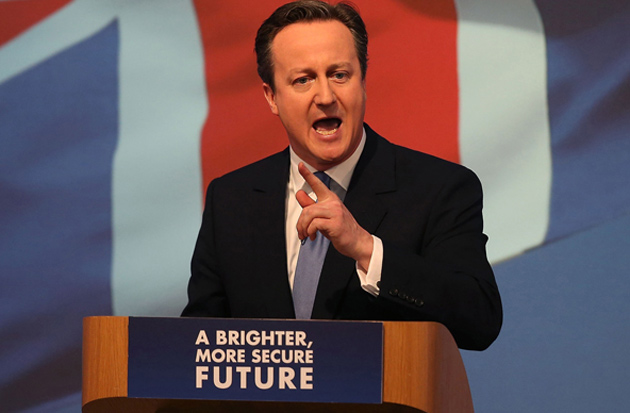 Sector leaders have issued their responses to the Conservative victory in the general election. Martin Doel (pictured right), chief executive of the Association of Colleges, said: “After offering our congratulations to the new Government, our message is simple – if you want to boost this country’s economy, then the education and training provided by colleges, whether technical and professional or academic, is essential.

“We are deeply concerned that the Conservatives were the only main party not to pledge to ringfence funding for 16 to 18-year-olds.

“This leaves college students extremely vulnerable to further cuts and we appeal to the Prime Minister to think again before risking the education and training opportunities of thousands of young people.

“The Conservative Party manifesto promises to increase the number of apprenticeships, but we must recognise that quality is as important as quantity.

“Apprenticeships are also not the only way to give people the skills they need to get a job.

“For the country to stay competitive and cohesive, we need a wider offer to people to develop themselves and to keep learning. We simply can’t afford to put all of education and training eggs in the apprenticeship basket.

“The adult skills budget has experienced a swathe of cuts in the last few years and we’ve already warned that adult education and training in England will not exist by 2020 if the Government continues with cuts at the same rate.

“We will press the new government to carry out a once in a generation review of education funding to make sure the budget is being fairly divided across the age ranges.

“Skills gaps are beginning to appear in our economy, particularly at technician level, which is where colleges must have a leading role. Colleges are vital to the country in developing a highly skilled and productive workforce but in order to fulfil this role they need the resources to do the job.” Dr Lynne Sedgmore CBE (pictured left), executive director of the 157 Group, said that the Tory win was “of course, surprising”.

“We are especially sad to say goodbye to Vince Cable, who has been very supportive of FE despite the difficult times we have been facing over the past few years. We pay tribute to his work,” she said.

“We will, of course, be engaging with new Conservative ministers on behalf of our member colleges as soon as possible, and we will be working hard to ensure that colleges are given genuine freedoms in order that they can continue to be responsive to the needs of local communities and employers.

“There are now real risks from further spending cuts, but we will be strongly demonstrating the undoubted contribution of FE to the economy in a way that we hope will be hard to resist within the Treasury.

“The Conservative commitment to both apprenticeships and UTCs was made clear during the campaign, and our focus will be on making sure that these initiatives form part of a more coherent whole education system.”

James Kewin, Sixth Form Colleges’ Association deputy chief executive (pictured below right), said: “We look forward to working with the new government but the sector faces some significant challenges that need to be urgently addressed. We are now resigned to the fact that he A-level reforms will be here to stay. There was a lot of uncertainty in the sector about what would happen in that respect if Labour had been elected.

“The biggest issue to us is about future funding cuts, as the Conservatives were the only major party that said they wouldn’t protect 16 to 19 funding in real terms. “The evidence is clear that the sector has already been cut to the bone and we won’t be able to absorb more cuts without it having an adverse affect on students. We will make it a priority to step out the evidence of the damage past cuts have already done to the sector and argue against any more ahead of the upcoming spending review.”

A spokesman for the University and College Union said: “The government set out plans for some very dangerous cuts ahead of the election and the sector reacted in unity against them.

“The return of a Conservative majority means the sector must redouble its efforts in making the case for FE.

“Those cuts need to be reversed. If they are not then it will be a very difficult time for colleges, the economic recovery will be put at risk and social cohesion in our communities will suffer.

“Whoever picks up the FE brief has to understand that you will not get people back to work without supporting a sector that trains and educates those people.” , chief executive of the National Institute of Adult Continuing Education (Niace), said: “Despite the loss of some champions for our sector, there are still many MPs from all parties for whom learning, skills and employment are high priorities.

“We know that many new MPs feel the same. There is a strong cross-party consensus about the skills and employment challenges we face as a country as we strive for sustained and inclusive economic growth as well as for a society where everyone has real life chances.

“We have already set out the priorities for the new Government’s first 100 days in our ‘Ten Policies for Ten People’ proposals. We will be promoting our pragmatic policy proposals with the new Government and look forward to working with what will be a new Ministerial team.”

Stewart Segal, Association of Employment and Learning Providers (AELP) chief executive, said: “We recognise the significance of the Conservatives’ election victory and we will work with the new government as it implements its manifesto.

“We welcome that employment and skills were at the centre of the government’s manifesto because there is a proven return on investment in these programmes in terms of the economy, business competitiveness and wage growth for people in sustainable employment.

“We also welcome the fact that government wishes to grow high quality apprenticeships and that these should be available across all levels and all ages.”

Mr Segal (pictured below right) added: “Reducing youth unemployment must remain a major priority and we look forward to discussing with the government how for example the proposals for a new Youth Allowance for unemployed 18 to 21 year olds will be linked to apprenticeships and traineeships. the next five years.

“We will work with the government on developing major programmes for the long-term unemployed, including the ‘Work Programme’ and ‘Work Choice’.

“We will urge ministers to drive more coherence between programmes for the unemployed, including more integrated contracting processes, success measures and provider payment methodologies.

“The inclusion of LEPs in the Conservative manifesto is an important aspect of the English devolution agenda.  This needs to be integrated with national programmes such as apprenticeships, traineeships and the main welfare-to-work programme.