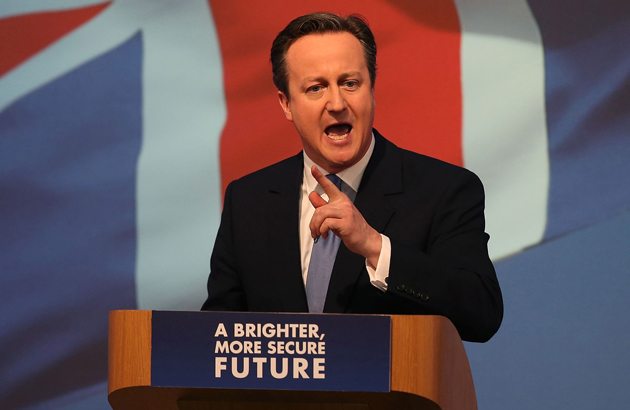 A Conservative-led government would use a £200m fund from bank fines issued in the wake of the Libor scandal to create 50,000 apprenticeships and traineeships specifically for unemployed 22 to 24-year-olds, David Cameron will announce today.

The Prime Minister is expected to say that the money from the fines, which were issued to those banks found to have been manipulating the London interbank offered rate, or “Libor”, will be used to create a specific funding stream for 50,000 apprenticeships or traineeships over three years for 22 to 24-year-olds who have been unemployed for six months or more.

The additional starts would be on top of the 3m already pledged by the Conservatives over the course of the next Parliament, but the Tories are yet to outline how they would persuade businesses to take on the 50,000 learners.

Mr Cameron will say: “We’re going to take the fines from the banks who tried to rig markets – and we’re going to use it to train young people and get them off the dole and into work.

“This is about taking money off those who represent Labour’s failed past, and giving to those who through their hard work and endeavour can represent a brighter Conservative future.

“This is about offering hope, spreading opportunity, sharing prosperity – it’s about securing a better future for you, your family and for Britain, and from now until polling day I’m going to fight for that future with every ounce of energy in my body.”

But Labour has criticised the Tories’ record on apprenticeships, while the Liberal Democrats accused them of panicking.

Shadow Business Secretary Chuka Umunna said the proportion of apprenticeship starts by young people was down by almost a quarter during their time in office, with figures in the Department for Business, Innovation and Skills statistical first release showing the proportion of starts by 16 to 24-year-olds fell from 82.3 per cent of the total in 2009/10 to 63.2 per cent in 2013/14.

He added: “At the same time, we’ve seen the quality of apprenticeships undermined. One in five apprentices is receiving no formal training, while almost four in ten firms are unaware the in-work training they provide is branded as an apprenticeship by the government.”

A Lib Dem spokesperson said: “This is another panicked election pledge from David Cameron as it finally dawns on him the Conservatives are not going to win the election. It is a short-term announcement that doesn’t give any hope of sustaining apprenticeship training and support into the future.

“Instead of gimmicks David Cameron should come clean about the ideologically driven cuts he will make that will slashing support for education, training and apprenticeships. Only the Liberal Democrats have been clear that we will ensure that young people are given the opportunity to succeed by protecting spending from cradle to college.”