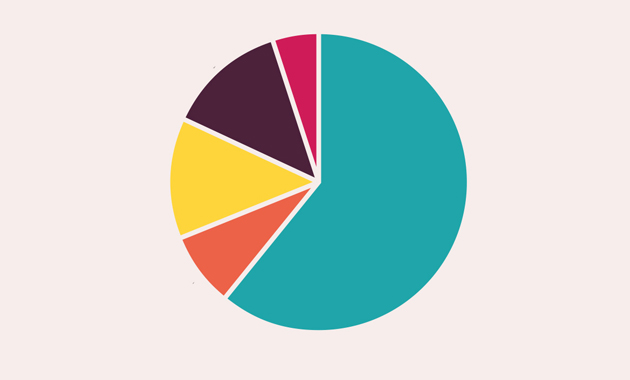 Nearly 40 per cent of under 19 Functional Skills (FS) enrolments at general FE and tertiary colleges and independent learning providers (ILPs) failed to achieve their qualification last academic year, it has been revealed.

The figure is based on the Skills Funding Agency success rates tables, published this month, which for the first time included FS data.

It has prompted a call from a range of academics for the government to provide added support for FS teaching to boost 16 to 18 success rates from 64.3 per cent for general FE and tertiary colleges and 52.9 per cent for ILPs (see page 7 for more FS provider type success rates).

University of Wolverhampton education lecturer and researcher Dr Matt O’Leary said: “I don’t think these success rates are lower than might be expected — that’s not to say they shouldn’t be higher, but in order to improve them then there needs to be recognition on the government’s part that they have a responsibility to invest in adequate resources to enable the FE sector to staff these courses with specialist teaching staff.”

He added: “Given the manner in which functional skills were foisted upon the sector by former Skills Minister Matthew Hancock, and how little or no regard was given to how these new programmes would be resourced, or to staffing implications, I think providers have done well to produce the results they have.”

“I believe the results show lecturers and trainers need more practical support and training to deliver FS successfully and that more work needs to be done on developing the pedagogy of vocational maths and English,” he said.

Paul Grainger, an Institute of Education academic, highlighted Professor Sallis’s report and the importance it had placed on FS. The results “could be better,” he said, but argued the qualifications were performing better than GCSEs post-16.

“You have to consider that most candidates will have failed at GCSE the year before,” he said.

“The pass rate for GCSE maths retakes is 5 per cent, so FS are working in a way that retakes are not,” he said.

The success rates for all institutions’ provision of level one 16 to 18 FS was higher than level two — at 66.5 per cent of 258,660 enrolments resulting in an achieved learning aim, compared to a 53.5 per cent success rate out of 92,020 enrolments.

David Corke, Association of Colleges director of education policy, said: “Colleges are performing above average in successfully delivering FS courses but their efforts are hampered by the fact there is a shortage of specialist maths teachers to teach these courses.

“The ETF is right to offer bursaries to attract more specialist teachers to the sector and we are keen to see the outcome of this scheme.”

Association for Employment and Learning Providers chief executive Stewart Segal said: “We believe that the success rates will improve given that FS are only two years old and providers are still building staff capacity.”

He added: “Much of ILP provision in English and maths is outside apprenticeships and traineeships and therefore it is about helping the hardest to help including those who aren’t attending college or are long term unemployed.

“We should also bear in mind that among the unemployed who don’t complete are many who will secure a job as a result of the learning.”

It’s quite a statistic that more than one in every three under 19 Functional Skills enrolment in general FE colleges and independent learning providers (ILPs) fails to result in achievement.

Taking into consideration the well-intentioned drive to increase the country’s numeracy and literacy skills by getting more people back to the classroom until they get a grade C or equivalent in maths and English and you can’t help but fear that could rise this time next year, when the current academic year’s success rates come out.

Behind the problem, as the sector will tell you, is the need to staff the growing number of aforementioned classrooms with adequately skilled English and maths teachers. And this is proving an issue.

It’s an issue that is already affecting the sector’s Ofsted ratings, as exclusive analysis by FE Week revealed back in January when a growth in grade three and four ratings from the education watchdog was laid bare.

Appropriate financial support from government to help develop, attract and retain the right calibre of teaching staff is the easy answer. The harder question is whether that’s likely from the next government, whatever colour the party in power.