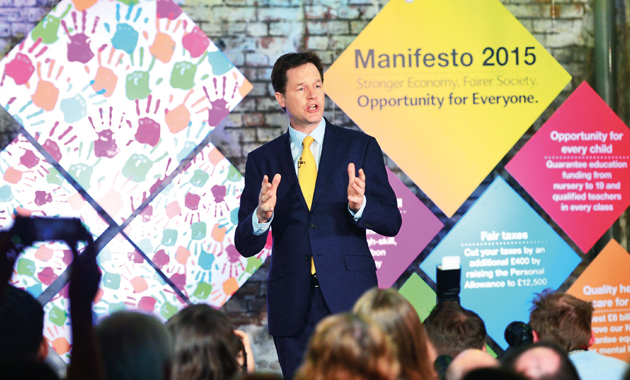 Yellow and blue went head to head as the two coalition partners made their policy pitches to the nation.

The Liberal Democrats and Conservatives launched their manifestos a day apart and in very different locations — and while the settings of the launch events might have been the most noticeable difference between their manifestos, it wasn’t the only one.

See page three for full coverage, and stay tuned for our special General Election supplement free with the next edition of FE Week.