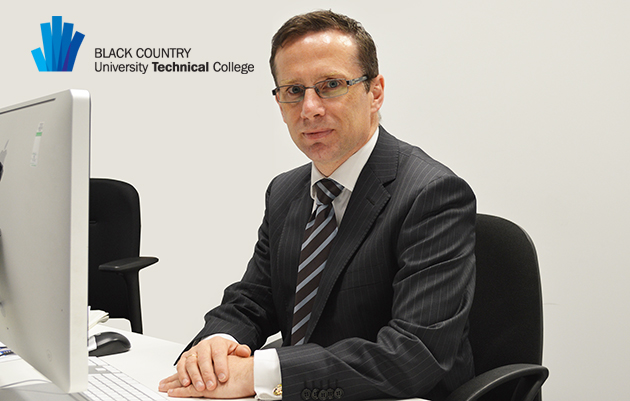 Student numbers, financial challenges, staffing capacity and a second consecutive Ofsted inspection blow were said to be behind plans to shut the Black Country University Technical College (UTC) — one of the first UTCs to open.

Governors of the University of Wolverhampton and Walsall College-sponsored UTC, which opened in 2011, tonight announced their decision to close the school on August 31.

News of the closure comes on the same day as Prime Minister David Cameron promised “a UTC within reach of every city” as part of the Conservative Party’s election manifesto launch, while Labour has also backed UTCs.

Black Country UTC principal Paul Averis (pictured) said: “This has been a difficult decision for all concerned.”

Of the Black Country UTC’s 158 learners, 57 are due to complete their studies before closure while the rest would be “supported to move to an alternative provision”, a Walsall College spokesperson said.

Just over two years ago Ofsted inspectors said it ‘requires improvement’ as they gave it a grade three rating and it is understood the improvement they wanted to see was not evident during a recent inspection — although the actual result has not been divulged.

Mr Averis said: “Our primary focus remains the wellbeing and success of the students at the school, not least of all those due to sit exams this term.

“We are absolutely committed to ensuring that all of our students can continue with their chosen learning outcomes.

“Support and guidance is being provided to students and their parents and carers both internally and through our local partners.

He added the UTC would “work closely” with the Department for Education, Walsall College and other local education institutions “to ensure a smooth transition” for learners.

A spokesperson from the UTC said: “This outcome has been reached following a recent disappointing inspection, a thorough assessment of actual and projected student numbers, financial challenges, staffing capacity and the impact these will have on standards of teaching and learning.”

The science and engineering UTC was one of the first of the institutions, which offer specialist vocational training alongside key literacy and numeracy qualifications for 14 to 19-year-olds, to open.

But its closure follows that of another early UTC — Hackney UTC. It announced in July that it had failed to attract enough learners to stay open beyond this academic year.

“Baker Dearing shares the disappointment felt by all staff, students, parents and stakeholders. The priority now is to ensure students receive the best support and guidance available, in particular those students undertaking exams this term. Black Country UTC has a detailed closure plan and we will support the UTC in any way possible in the coming months.

“UTCs are a national programme and we hope that some students from Black Country UTC may be able to transfer to one of the other UTCs in the region.”