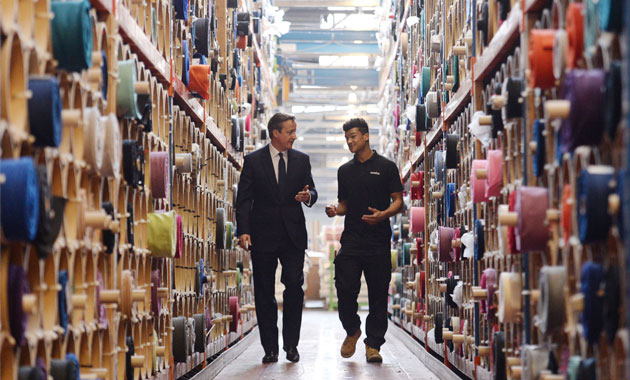 Apprenticeships were on the agenda as David Cameron hit the campaign trail in West Yorkshire on Thursday (April 9).

He also announced deals which had been struck with large employers including Costa to create 16,000 apprenticeships. The Tories have pledged to create 3m starts in the next Parliament if they form a government again in May.