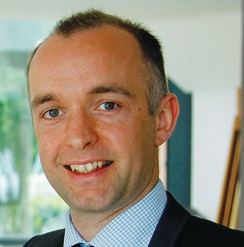 The Government has been branded “cynical” by the Sixth Form Colleges’ Association (SFCA) after responding to a long-running campaign to scrap members’ VAT a day before Parliament was dissolved.

The SFCA’s e-petition to bring sixth form colleges in line with school sixth forms, which do not pay VAT, reached the 10,000 signatures needed to trigger a government response on January 9, and was handed to Education Secretary Nicky Morgan with a letter of support from the Education Select Committee chair Graham Stuart that day.

However, her response, explaining the DfE “cannot afford” the scrap the tax, was only given to Mr Stuart on Friday and published this morning, the day Parliament was dissolved ahead of the general election on May 7.

SFCA deputy chief executive James Kewin (pictured above) said: “Issuing this response on the morning Parliament was dissolved was a cynical move.

“Almost half of the 93 Sixth Form Colleges in England are in marginal constituencies and this announcement was obviously timed to minimise the damage to candidates in those seats.”

Because sixth form colleges do not receive a refund on VAT in the same way that school sixth forms do, they are left with, on average, £335,000 less to spend each year, according to the SFCA.

The Government response said it had “explored the possibility” of refunding sixth form college VAT and “understood” the arguments in favour of the move.

However, it added the estimated cost of the refund would “be in the region of £31m per year”.

Mr Kewin accused the government of ignoring “the pleas of parents, students and teachers that have signed the petition and the cross-party group of MPs that have lent their support to the campaign”.

“We hope an incoming government will move quickly to address this longstanding anomaly to ensure young people receive the same level of investment in their education, irrespective of where they choose to study,” he said.

As well as gaining more that 10,000 signatures on the e-petition, the campaign against sixth form college VAT has drawn support from celebrity former sixth form students including actor Colin Firth and TV presenter Dermot O’Leary.