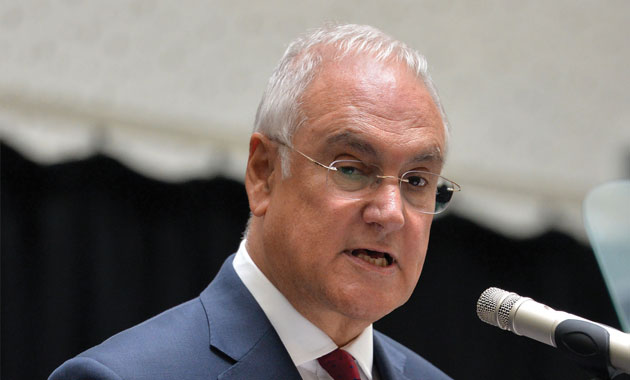 Ofsted has defended itself against criticism in an Association of Colleges (AoC) paper that branded the education watchdog as “not fit for purpose” and “driven by political considerations”.

The paper, written by FE consultant Mick Fletcher, went on to call for a “slimmed down version” of Ofsted for under-19 FE provision and a new system of self-regulation for adult provision.

There was a “growing concern” the report said, that “Ofsted focuses increasingly on compliance with government policy rather than a more widely shared understanding of quality”.

An Ofsted spokesperson said: “Ofsted reports without fear or favour.

“We strongly refute any suggestion that Ofsted is not independent.”

The watchdog also rejected the report’s accusation that the appointment of chief inspector Sir Michael Wilshaw (pictured) was “political rather than professional”.

The Ofsted spokesperson said: “Sir Michael Wilshaw has been a successful head teacher at a number of schools before his appointment at Ofsted and as the many public reports have shown, has not shied away from holding government or education institutions to account.”

In the 26-page discussion paper Mr Fletcher also criticised the use of a single, overall grade for an FE institution, saying such a grade was “inappropriate” for a “large and complex” institution, which also offered provision, such as higher education, which falls outside of Ofsted’s remit.

He also accused the inspectorate of prioritising “simple numerical judgements over context-sensitive support for improvement”, which he said was a “retrograde” approach.

However, Ofsted denied its grading was simplistic.

“Inspections are not focused on one performance indicator,” the spokesperson said.

“It takes into account a broad range of evidence including looking at the outcomes for learners, the quality of teaching, learning and assessment and effectiveness of leadership and management.

“What inspectors are looking for is the impact of teaching on learning and progress.”

Mr Fletcher argued in the UK’s current funding landscape, where provision was increasingly financed by learners or employers themselves, a college should focus on “paying customers” rather than government priorities.

He called for a “decisive step” towards self-regulation and peer review for adult education.

Ofsted agreed that providers were “responsible for their own improvement”.

However, the spokesperson added: “They also need to be publicly accountable since they are funded by the taxpayer.

“Ofsted’s aim is to ensure that FE and skills providers are inspected and reported on regularly so that parents, learners and employers can make informed choices.”

Far from scaling back Ofsted’s inspections, the spokesperson pointed to the watchdog’s plans to introduce “frequent, shorter inspections” for good FE providers, with inspections carried out “usually once every three years”.

This would mean “signs of decline can be spotted early” and “parents, learners and employers can be kept much better informed”, she said.