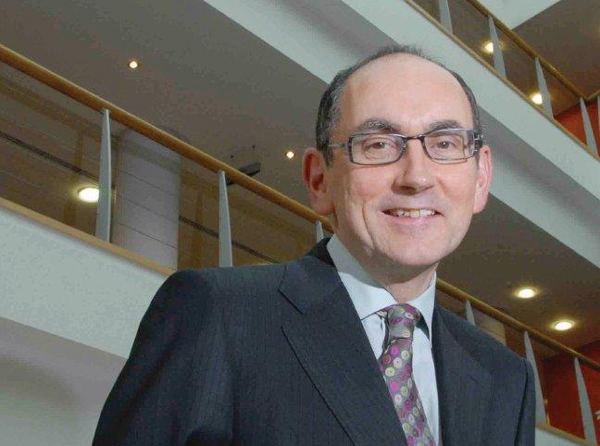 The Skills Funding Agency (SFA) has struck an eleventh hour deal to ‘cushion’ funding cuts at 24 per cent for the non-apprenticeship part of the adults skills budget (ASB), as opposed to a maximum of 32 per cent in their initial modelling.

Peter Lauener, SFA and Education Funding Agency (EFA) chief executive (pictured), wrote to providers late last month outlining a cut of a quarter for the non-apprenticeship part of the ASB.
However, this did not account for the new allocation protections given to Traineeships and English and maths.

To afford the additional protection, providers delivering no apprenticeships, traineeships nor English and maths would face cuts to their ASB as high as 32 per cent.

It is understood that allocations for 2015/16 had been due out Tuesday (March 17), but with officials at the SFA deep in talks about how to bring the biggest possible cuts down to 24 per cent they were pushed back to today..

It remains unclear how much the cushioning will cost, although FE Week understands the deal has been agreed on the basis it will all be paid for by recycling a predicted underspend from the current year adult skills budget allocations.

Martin Doel, chief executive of the Association of Colleges, told FE Week: “Any form of relief would be welcome even at this late stage, but can’t disguise the fact that this is still a very significant cut that will have serious consequences in terms of reduced participation in the ability of colleges and providers to respond to genuine need.”

The SFA has so far declined to comment on the deal. However, a spokesperson told FE Week yesterday: “We have previously said allocations will be issued this week. We are on track to deliver that.”
Mr Lauener assured providers last month that they would be contacted to discuss their allocations.

“As in previous years, my teams in the SFA and the EFA will be reviewing the combined impact of final allocations once these are issued in March 2015 and will
be reviewing the financial forecasts returned by colleges in July 2015,” he wrote late last month.

“We will also contact those of you most affected by the reductions in the other adult skills budget to discuss the implications of this for your organisation.”
It is understood that a number of colleges have already been contacted.

Editorial: Credit where due

The funding cuts that are being issued to providers in their 2015/16 allocations are devastating. This is unquestionable and a source of shame and short-sightedness by those in government.

So it’s difficult to feel truly happy about anything that isn’t an entirely new and fair settlement that adequately credits the FE and skills sector.

However, the Skills Funding Agency has been dealt the terrible hand it has — that of a massively (and once again) reduced budget with which it must act as the middle man.

So fair play to it for doing what it could and coming up with a deal that, while still resulting in reduced funding all around, could have been a whole lot worse.

Its idea to recycle funding to cushion the impact a bit might just be the difference between survival and shutting up shop for good at colleges and independent learning providers up and down the country.

And let’s not forget this deal was formulated and thrashed out in the short time the agency had to get allocations out due to just how late the Department for Business, Innovation and Skills was in getting its grant letter out.

But to return to the more pressing story, the one that simply cannot be overlooked, it remains a huge short-sighted cut from a government that talks the talk on adult skills, but is failing to deliver on resources.