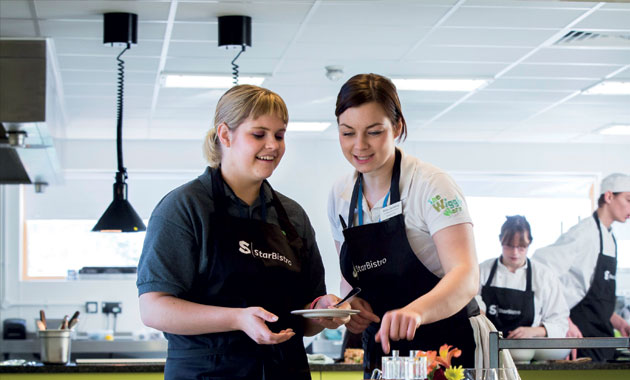 A college bistro run by students with learning and physical disabilities has won a national restaurant award.

Based at the National Star College’s Ullenwood campus in Gloucestershire, StarBistro, was named the ‘people’s favourite’ in the sustainable restaurant awards beating more than 800 entries after a public vote.

Open to the public, the bistro is a partnership between National Star and health charity, Wiggly Worm. It serves dishes made with fresh locally-sourced produce at value for money prices.