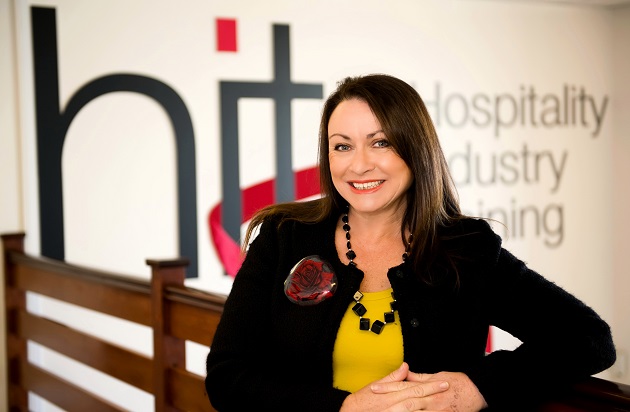 Two independent learning providers are celebrating being named on a prestigious list of the UK’s best companies to work for.

Hit Training and ACT Training have both made it onto the Sunday Times 100 “best companies to work for” list for 2015.

For Shoreham-by-Sea-based Hit Training it is the second year running it has been included, rising in the list from 92nd place last year to 88th this year.

Cardiff-based ACT Training has fallen from 35th place to 64th in its third year on the list.

Jill Whittaker (above), managing director of Hit, which was graded as good at its last Ofsted inspection in 2012, said: “Once again, inclusion in the list is an overwhelming affirmation of the vast expertise and sheer dedication that every single member of staff contributes every day.

“This year’s ranking again reflects the amazing positivity within our organisation and underlines everyone’s constant commitment to delivering quality in every aspect of their jobs.

“I know that Hit is one of the UK’s best companies to work for but now it’s been officially recognised for a second year running.

“The fact that so many of our employees chose to take part in the survey is an incredible affirmation of the amazing feel-good factor within the company and underlines HIT’s strong and flourishing business principles.” Zoe Hall (right) is delivery director at ACT Training, which was  inspected, along with its 15 sub-contractors, in June 2012 by Estyn, the Welsh education inspectorate, which reported that it provided a “good standard of training” and had “good prospects for improvement”.

She said: “We are delighted and extremely proud to be in the Sunday Times best companies for the third time running.

“The happiness and wellbeing of our staff is hugely important to us and this reflects on the service we deliver.

“Last year we surveyed our learners to ask them what they thought of our programmes and 90 per cent rated us as excellent which we feel is attributed to having a happy and motivated workforce.”

A similar list for small companies, which last year saw defunct ILP Bright International Training and Educ8 come 12th and 51st respectively, was due to be published on Sunday, with a list of not-for-profit companies expected a week later.