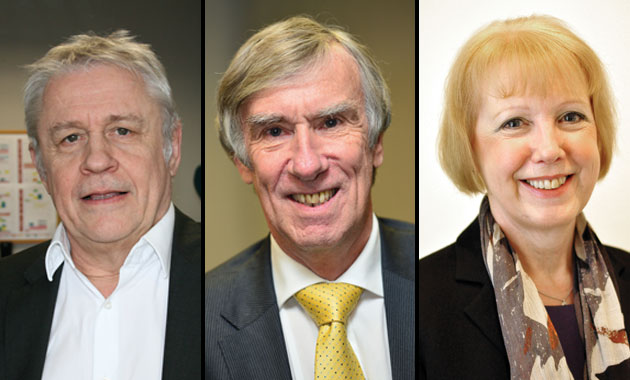 Ofsted has undergone a “sea change” in the way it looks at college finances, according to a principal who got two good ratings among his headline fields and yet emerged with an inadequate result overall.

Weymouth College, visited by FE Commissioner Dr David Collins over its finances just under a year ago, got grade two findings for outcomes for learners and also quality of teaching, learning and assessment.

But it got a grade four rating overall, and also for effectiveness of leadership and management, with inspectors reporting that “poor strategic management and the failure by governors to hold the previous principal and other senior managers to account in monitoring the financial performance of the college have resulted in a significant budget deficit”.

The report was published on February 18 — three months after Dr Collins called for change at Ofsted if it was to “be more useful” after it rated Bournville College’s leadership outstanding despite a “critical cash position”.

The college had been rated good overall by the education watchdog in May, before Dr Collins visited three months later with an SFA notice of concern having been issued three months before Ofsted went in.

And the Weymouth College report mentioned “finances” or “financial” 18 times, but neither appeared in Bournville’s report.

The difference has led 3,843-learner Weymouth College acting principal Nigel Evans to believe the change Dr Collins called for was now in place.

“It is extremely unusual to have two out of three headline fields rated as good and be inadequate overall,” Mr Evans told FE Week.

“This probably marks a sea change in how Ofsted makes its judgements. It previously used to concentrate on academic performance.

“I think we are probably unlucky to have been assessed at this time, but have to accept the judgement as one of our briefs is to manage our finances.”

Nevertheless, an Ofsted spokesperson denied it had changed the way it considers financial issues when grading.

“Ofsted inspectors use their professional judgement when coming to conclusions about a provider,” he said, but declined to comment on whether this made inspections too subjective.

The situation has resulted in a call for more clarity on how Ofsted looks at finances.

Gill Clipson, deputy chief executive at the Association of Colleges, said: “Ofsted currently judges the effectiveness of an institution in terms of the performance of students.

“If judgements are now being made on financial performance then we need clarity about the criteria that are being used and assurance about the expertise of the inspectors.”

Ofsted declined to comment on whether it would update its guidance.

It come after Weymouth’s previous principal, Liz Myles, was suspended in November — around six months after Dr Collins identified “significant weaknesses” in leadership.

He visited after the Skills Funding Agency assessed college finances as inadequate and he recommended, among other things, that “the principal should engage a ‘peer mentor’ with a good financial track record to assist her in dealing with the college’s present financial situation”.

A college spokesperson told FE Week Ms Myles would be “leaving Weymouth College following her resignation due to retirement being accepted by the board of governors”.

No date has been confirmed for when her permanent replacement will be announced.

Only one other provider has been rated as inadequate overall while receiving good judgements in the same two headline fields as Weymouth.

The report, on Gloucestershire’s Ruskin Mill College, part of the Ruskin Mill Educational Trust Ltd charity which had 110 learners when it was inspected in March last year, did not mention finances either.