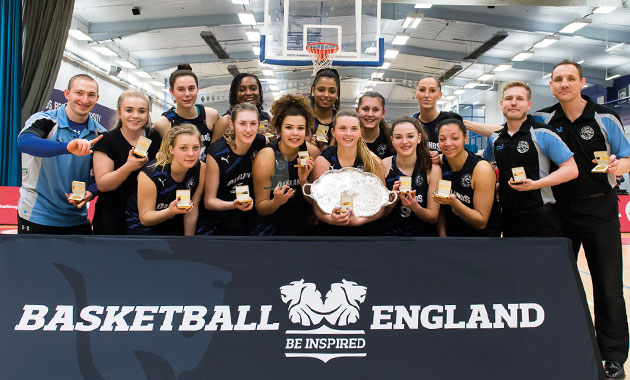 Oaklands College’s Wolves women’s basketball team are celebrating after shooting their way to victory at a national final.

The Wolves were crowned champions of the Basketball England women’s national final after outscoring Oxford City Hoops of 73-54.

Held at Leeds Beckett University, the Wolves had Kyla Nelson to thank for her outstanding performance after scoring 19 points and nine rebounds resulting in the 17-year-old being named Most Value Player (MVP).

Kyla, who is doing A-levels at the college, said: “It was a fantastic performance by all the team and I was thrilled to be named MVP.

“We stayed together as a team and kept playing our style. We need to keep up our level for the remaining league games so that we move into the playoffs on a positive.”