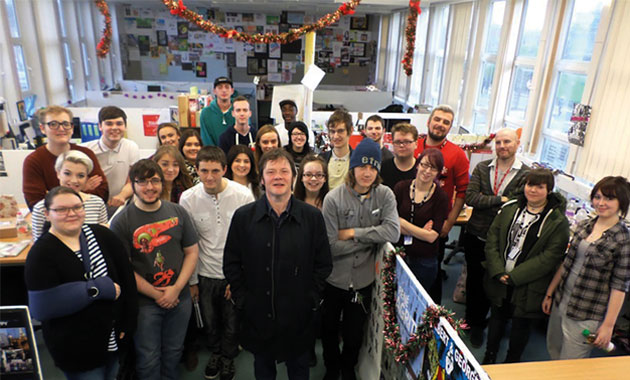 Mr Cannon shared his career
experiences with students including how chance meetings with musicians Noel Gallagher and Richard Ashcroft led him
to design fame.

He also spoke about how his first album sleeve for the The Verve was produced in Mesnes Park, only a stone’s throw away from the college’s Parson’s Walk Centre.

David Beattie, foundation degree lecturer for graphic design, said: “It was fantastic for students to meet the man behind some of music’s most iconic album designs of all time.

“It encourages students not to forget about the traditional ways of working, rather than simply relying on modern day technology.”