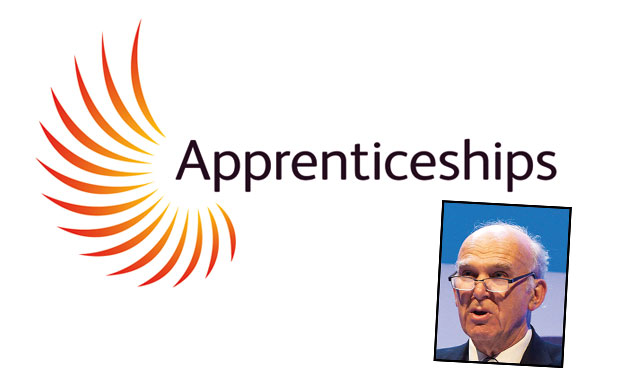 A controversial five-year rule that has put off “hundreds” of potential apprentices by forcing them to re-sit GCSEs they already have is to be scrapped.

New apprenticeship frameworks written after April 6 will no longer include the rule, which meant learners with English or maths GCSEs achieved more than five years before enrolment would have to re-sit them or take equivalent Functional Skills qualifications.

The Department for Business, Innovation and Skills (BIS) confirmed it had removed the rule — in place since 2009 — from the latest version of the specification of apprenticeship standards for England (Sase), but individual frameworks will need to be amended to reflect the change.

A BIS spokesperson told FE Week: “Subject to Parliamentary process the modification will come into effect on April 6. This change will further simplify the apprenticeship rules for employers, training providers and learners.”

It comes after Business Secretary Vince Cable said in December that he had approved plans to scrap the rule “in principle”, following threats of legal action by independent learning provider PBDevelopment. It had launched judicial review proceedings, but they never made it to court.

And the rule had been especially unpopular among early years training providers such as PBDevelopment, because the new early years educator (EYE) framework, released last August, did not allow Functional Skills as an alternative, meaning learners with older qualifications could only retake GCSEs.

PBDevelopment director Ross Midgley said: “It’s a great pity that it took an expensive judicial review to force this change. The five-year rule has put off well into the hundreds. Not to mention all those who have not been put off, but have had to endure the stress and wasted time of achieving qualifications twice.

“However, the battle is not yet over. Changing Sase makes changes to apprenticeship frameworks possible, but it does not automatically make them happen.

“What the early years sector now needs, urgently, is a retrospective amendment to the framework so that people with older qualifications are not obliged to retake them just to get through an apprenticeship.”

Stewart Segal, chief executive of the Association of Employment and Learning Providers, said: “The rules have not yet changed for new starts. This means that if an apprentice starts today and their GCSEs are more than five years old they still have to meet the requirements of the framework that they are on.

“The SFA will inform providers when the new regulations will apply but we are hoping there will be a transition period.

“Once these new regulations apply, then apprentices that have an old GCSE will already comply with the requirements of the Sase but they may still have a need to improve their English and or maths.”

Teresa Frith, senior skills policy manager for the Association of Colleges (AoC), said: “While this may encourage more people to consider apprenticeships, it could also encourage employers to take on people who already have good English and maths qualifications as they will require less study time. This could result in limiting opportunities for those who’ve not achieved higher grades.”