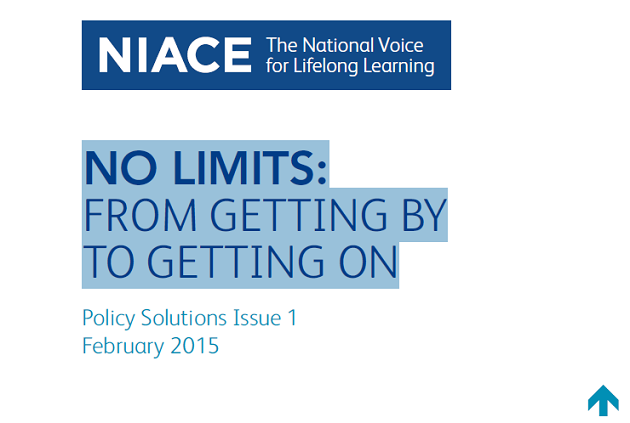 The government should top-slice from skills and careers budgets to pay for coaches to help people out of low-paid jobs, the National Institute of Adult Continuing Education (Niace) has said.

In the first of its Policy Solutions reports, No Limits: From Getting By to Getting On, Niace calls for £100m of existing funding to be diverted to pay for careers coaches and personal budgets for those trying to improve their employment opportunities, all through a proposed National Advancement Service.

The organisation claims the new service, which would be managed by cities and Local Enterprise Partnerships (Leps) could help 500,000 families and reduce the number of children in poverty by 150,000 by 2020, and could be cost-neutral if money for it comes from existing adult skills budget and National Careers Service funding.

The report says: “Britain faces a wages crisis, underpinned by low productivity. For the last seven years, people’s wages have risen more slowly than the prices in the shops. By 2020 people’s real incomes will still be 5 per cent lower than in 2008, a lost decade.

“This paper argues for a new National Advancement Service, providing people in low paid work a career coach and personal budget to put together a personalised package of support to build their career and boost their earnings.

“It would give low paid workers a place to go for help to get on. And it would help to rebuild the link between doing the right thing, and getting the help you need.

“This new service would be an engine of deficit reduction, helping people boost their wages and so increasing income tax receipts, a vehicle of public service reform, helping to maximise the impact of investment in skills and a supporter of aspiration helping individuals to achieve their ambitions and get on in life.

“It would be managed locally by cities and Leps, where they agreed to top up support through, for example, European Social Fund or Growth Deal monies.