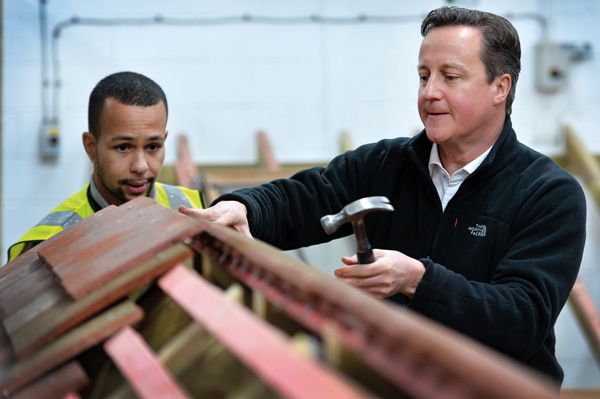 The Prime Minister reached new heights when he visited a Nottingham provider to find out more about apprenticeships, writes Rebecca Cooney. And he wasn’t slated for his efforts either — 26-year-old former apprentice Linden Blackwood said: “He was actually quite good, so I told him he could start on Monday. He said it was nice to know he had options.” Mr Blackwood said Mr Cameron had been keen to hear about his experience. “I told him how, without an apprenticeship, I’d either still be hunched over a book studying something I hate or in a dead-end job,” he said.