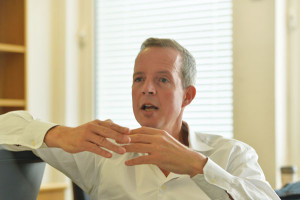 Skills Minister Nick Boles denied apprenticeship reforms had been “kicked into the long grass” after the government went back to the drawing board with plans to route funding through employers.

Mr Boles was quizzed by MPs on the House of Commons Education Select Committee on Wednesday (January 14) — the day after the government said more research was needed on its proposals to route apprenticeship funding via employers either through the PAYE system or a credit account.

The Department for Business, Innovation and Skills said it would be holding “discussions and workshops with key stakeholders” rather than a third formal consultation on reforms.

And, although Mr Boles admitted this would mean a delay until after the election, he denied the reforms were indefinitely on hold. “You will be aware that we are running into the buffers somewhat in terms of the election. It is definitely not long grass,” he told MPs

“My personal ambition is to make it as short grass as possible but I make no promises about whether we’ll be able to make the chair’s [Graham Stuart] request of getting a solution announced by May 8.”

He also claimed the initial proposals, drawn by predecessor Matthew Hancock, had not been fully formed.

He said: “You’ll understand if we do more homework. Bluntly, we don’t want to go off half-cock [sic] again, because frankly it’s not been ideal to come forward with two proposals and then decide not to go ahead with either of them.”

His concession came after a three-month technical consultation on the proposals from March attracted 1,459 responses, and an earlier consultation that uncovered wide-spread opposition to employer-routed funding in 2013.

However, Mr Boles emphasised that he still wanted employers to contribute to training costs.

Teresa Frith, AoC senior skills policy manager, said: “We are pleased to hear the Minister has reiterated the message from his consultation response earlier this week that he plans to take his time and get these reforms right. There are big changes ahead for apprenticeships and these need to be made in a controlled way.” Stewart Segal, Association of Employment and Learning Providers (AELP) chief executive said: “We are very pleased that Mr Boles has listened to our submissions, and his honest admission to MPs about the weakness of the original funding reform models confirms our view that policy was not constructed on evidence properly gathered from employers of all sizes and learners.”

The pushing back of the reform agenda was further welcomed by organisations across the FE and business sectors, including the National Institute of Adult Continuing Education (Niace), Confederation of British Industry (CBI) and Federation of Small Businesses (FSB).

Niace chief executive David Hughes said: “It is complex to get this right though and I am pleased with the caution about how quickly a simple system can be established.”

Neil Carberry, CBI director for employment and skills, said: “Government and businesses need to get their heads together to hammer out how the system will work. We need as many companies as possible to be offering apprenticeships, but that can only happen if the system is simple and flexible enough to meet the needs of smaller businesses.”

Mike Cherry, FSB policy chairman, said: “Successful businesses spend money on training and recognise that apprenticeships are a smart investment. But to feel confident in that outlay, businesses must have trust in the apprenticeship framework. This is why we are pleased that the government is taking the time to get this right, including the decision not to adopt a PAYE-based funding model.”