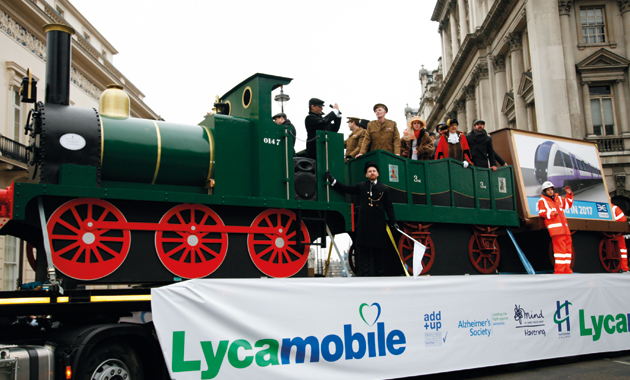 Construction students and staff from Havering College of Further and Higher Education have helped The Mayor of Havering raise £2,000 for local charities by building a vintage steam train float.

The float had the theme ‘London On The Move’ and was created by more than 50 college students and staff.

Havering came sixth place and won £2,000. Its chosen charities were add+up (a support network for people with ADHD), The Alzheimer’s Society and mental health charity Mind.

Ms Trew said: “The float constructed by the students and staff of Havering College was amazing. Everyone was so impressed by it.

“There were a lot of compliments.”