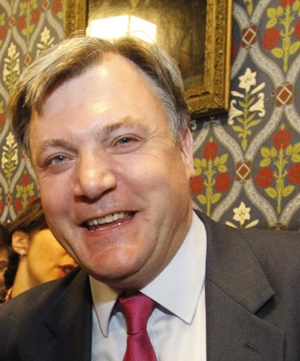 Labour’s apprenticeship proposals could cost taxpayers as much as £11.7bn over the course of the next parliament, according to Treasury research.

Costings of 28 Labour policies were published on Monday (January 5), including three on apprenticeships and a further four affecting the wider FE and skills sector (see below). They suggested Labour’s spending plans would include £1.5bn on apprenticeships in the first year alone. But in Labour’s rebuttal, published the following day, Shadow Chancellor Ed Balls (main pic, above), described the costings as “riddled with untruths and errors” and “a political smear based on false assumptions”.

Dr Lynne Sedgemore, 157 Group executive director, said exchanging “hypothetical figures” was “unhelpful” especially when both main parties support broadly similar policy themes in regard to skills — an increase in apprenticeships, more training for those out of work and the establishment of new types of institution.

“If the cost of policies is to be a focus for the election campaign, we hope that the clear return on investment — both economic and social — delivered by a thriving, high quality skills system will also be factored fairly into the debate,” she said.

Association of Employment and Learning Providers chief executive Stewart Segal said: “None of these Labour policy options have been set out in any detail. The costings of these policy options are also fairly speculative and much will depend on the detail of the proposals.” He added: “The positive return on investment of these programmes to the UK economy has been proven time and again so it not just a question of cost.”

A spokesperson for the Association of Colleges said: “It is important that whoever forms the next Government is mindful of what colleges need.”

However, the Labour rebuttal document said their policy was about quality in apprenticeships, not quantity.

“In reality it would not cost any additional money… because it makes no commitment on the total number of apprentices,” the document said.

“Our policy is about requiring that short courses that do not meet a minimum standard are not misleadingly branded as apprenticeships.”

Labour has, however, said it would like the number of school leavers applying for apprenticeships increase to match the number starting university by 2025.

And on this, the second costing assumes 185,000 18-year-olds start university in 2025 (based on projections from the Department for Business, Innovation and Skills), and apprenticeship costs remain the same as 2013/14. The Treasury costing therefore estimates the total cost over the next parliament, will be £5.5bn and £710m in 2015-16.

Labour rejected this, saying: “Ed Miliband made clear in his speech to Labour Party Conference September 2014 that this is a national goal for 2025, not a policy for immediate implementation.”

Labour has also said it would ensure that all public procurement contracts would include a requirement to hire one apprentice for each £1m awarded in the contract. The third Treasury costing puts forward three financial outcomes for this.

The first assumes that any costs to the employer, such as salary, supervision, recruitment and administration are passed on to government by raising the contract price — resulting in a bill of £1.1bn to £2.4bn over the next parliament and up to £234m in the first year.

The second assumes only the apprentice’s salary is reclaimed, costing up to £1.1bn over the next parliament and £67m to £107m in the next year.

The third assumes the employer “nets off” the productive contribution the apprentice makes to the business and the savings on fully trained workers’ salaries, from the apprentice’s salary, but still passes other costs on to Government, costing up to £1.4bn over the next parliament and up to £144m in the next year.

However, Labour said: “This policy would not lead to any additional spending on procurement over existing procurement budgets. Instead, this policy is about changing the requirements on the companies ahead of bidding for contracts and changing the way companies recruit rather than increasing costs.”

One of the policies costed by the Treasury is a suggestion made by Lord Adonis in his review, Mending the Fractured Economy: Starter State, Better Jobs, published in July, that 100 new University Technical Colleges (UTCs) should be opened by 2020.

By far the biggest cost laid out in the document would be the capital cost to construct buildings, which the costings calculate at £1,315m up until 2022-23.

However, Labour denied the idea of opening 100 new UTCs was even official Labour policy.

“What the government has costed is an idea proposed in the Adonis Review, which does not constitute Labour Party policy,” Labour’s rebuttal document said.

It also dismissed the costing figures as “wrong,” adding: “The Government has said itself that it would open more UTCs and we support this policy since it will take place within existing capital budgets.”

All FE teachers must be qualified or working towards it

“This costing is wrong.

“We would manage this within existing budgets, just as the last Labour government did.

“Our policy would ensure that over time FE lecturers would train in greater numbers, it is wrong to assume that it would be any specific number in 2015-16.”

“Funding is already provided to train adults who lack basic skills, so this policy will not impose additional costs.

“The government’s own Skills Funding Statement sets out that funding is already available for adults in receipt of benefits where skills training will help them into work.”

Out of work benefits for 18 to 21s replaced with a new youth allowance dependent on young people being in training. This would be means tested and apply to those without a level three qualification

“The Tories have examined only a limited range of options for how to deliver this change. We have been clear that there will be no proposals for borrowing in our manifesto, and that we will deliver this policy in a cost-neutral fashion.”